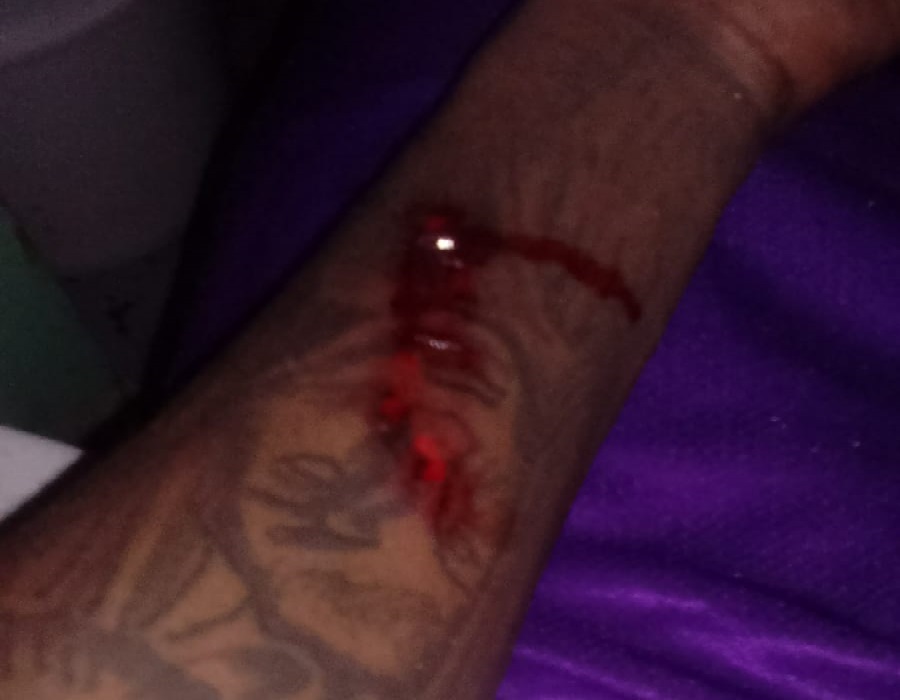 Grand Turk, March 23, 2019 – Turks and Caicos – Three people from Her Majesty’s Prison were taken to the hospital last night because of a scuffle that reportedly broke out in the maximum-security area of the facility, after the inmate being held allegedly attacked guards and they reportedly retaliated with brute force.

Images of bloodied body parts were sent to Magnetic Media.

On Facebook video of the inmate, who complained about the conditions at HMP and accused senior prison officers of theft, appeared late yesterday.  The young man is upset because the inmates who made the ‘partying in prison’ were not sent to ‘max’ despite their serious breach, also shared on social media.

Home Affairs Minister, Delroy Williams confirmed that he is aware of a situation today at the prison and explained that a statement regarding what is happening or not happening at the facility will come next week.