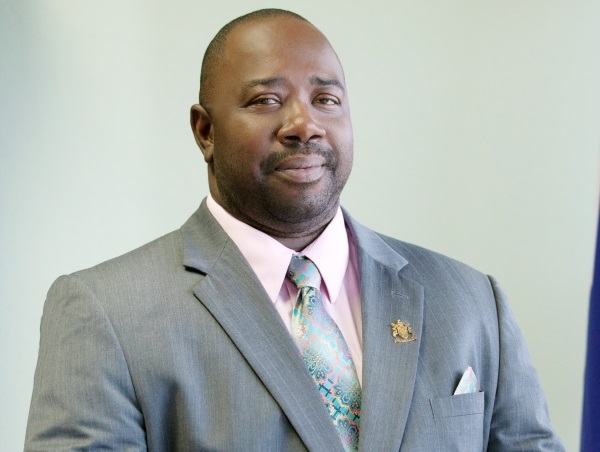 Grand Turk, March 23, 2019 – Turks and Caicos – A UK parliamentary bipartisan committee has called on the Theresa May-led administration to set a date for all British Overseas Territories to legalize same sex marriages.  It has also recommended the removing of belongership and its equivalents.

It says that these provisions are wrong and they are calling for UK residents to have voting rights and for them to be allowed to run for office in the Overseas Territories. The report also says that, if it’s not adhered to, it should be imposed by Order in Council.

These recommendations  by the FAC are something that ought not  be taken lightly. The proposed recommendations if implemented, have  the potential to negatively impact  the landscape of our country, morally, culturally, socially and politically, this includes the people of Grand Turk North. It is because of my love of my constituency and my love of my country I am compelled to speak about this matter.

Each country in the world is defined by its  uniqueness and their core values which set them apart from other countries. In the Turks and Caicos we are no different. We are regarded as a beautiful,  friendly, upright, law abiding, Christian country; a country where most  persons fear god and subscribe to the teachings in the holy bible.

We must be able to recognize and acknowledge one from the other and address them accordingly.

The FAC report is proposing among other things the allowance of man marrying man and woman  marrying woman. This goes directly against our beliefs and it cuts us deep and should be wholeheartedly rejected without hesitation. The report also recommends that U.K. Citizens be allowed the right to vote in our elections and also run as candidates and Premier of this country. Again, we must send a strong message as this is not acceptable. We must stand strong and protect ourselves from any invasion into our political structure by persons who do not share our concerns and do not have any appreciation for our plight as a people.

The  British regards us as a dependent territory and for many years I’ve asked the question what is it that we depend on the U.K for? needless to say,  I have been unsuccessful in receiving a sensible answer. I am not surprised by the boldness of the U.K.  After all they’ve gotten away with doing us so much wrong already. They have been allowed to take advantage of us without any meaningful resistance; further, I am not surprised by the fact that these are bi-partisan  recommendations. What I am surprised by is the unilateral response to the report by our Premier. I am also surprised by the non response by the Leader of the Opposition.

I am of the view that a bi partisan report of such magnitude with the potential to negatively disrupt our way our life;  interfering with those core principles that guide our day to day runnings should at the very least be given a bipartisan response. A response that would have captured the wishes of our total populace.

Additionally, it should have established a red line and it should have said to the U.K. If you  cross this line, this is what we will do; so there would be no surprises when they proceed with their anti TCI agenda. They would know exactly what the expected consequences would be.

I read the Premier’s response to the report and I was disappointed because it was a very weak response and it gave the impression that she either didn’t take the recommendations seriously or she doesn’t understand what is being proposed and the reason why I’m saying  this is because in her response she said to the U.K.: ” no thank you”. Madam Premier the FAC is not asking for your permission to implement their plans but rather they are telling us what they are about to do and quite frankly they do not need your permission; they can and will do it by order in council whether we like it or not, the question becomes,  what will we do? Tell the people of the Turks  and Caicos islands, what are your intentions  once the U.K. Implements their plans by order in council.

The U.K. has been taking over complete control of the TCI for a very long time but they were doing it incrementally; first they got rid of our  constitution then they replaced it one that is equivalent to toilet paper where they have all the powers whilst at the same time allowing you to have elections providing you with a locally elected powerless government. We turned a blind eye to it and carried on as though we had powers to make decisions to advance our people’s agenda and because we went along with the saga and made believe like we had power, the U.K. Is now embolden and have decided to engage in what I would like to refer to as a “hostile take over” caring less about who you are, what you want and more about what they want. This latest attempt by the British presents a defining moment for us in the Turks and Caicos islands because it provides us a serious opportunity for some much needed self introspection. We now have a clear look into the minds of our adversaries and the ball is in our court, we can stick our head in the sand and act like ostriches and allow ourselves to be overthrown or we can arise and do what God wants us to do.

God has given us a beautiful country with smart able people, we have  always managed our own affairs and there is nothing stopping us from continuing to do so. We ought not have a spirit of fear but one of soundness and optimism, however in our quest to pursue freedom we must understand that every Turks Islander has a contribution to make regardless his or her political affiliation. They must be respected and given the opportunity to contribute to the growth and development of our country. This means working with, promoting and creating opportunities for all our  citizens whether we like them or not. This is the only way we will be able to transition from a country to a nation. Our Sovereignty awaits us but it requires political maturity and sound leadership.

My fellow citizens, we are at a crossroad. We have an opportunity to make a choice; a simple choice, a choice between good or evil. We can allow the U.K. to have their way and impose their belief and cultures on us or we can object it and chart a new course, a true path to real Turks and Caicos citizenship. Should we allow the the will of the U.K. to prevail  we will find ourselves in an unfortunate predicament and we must not allow  ourselves to be continually disrespected, and dominated into submission.

Our culture, values  and biblical principles are worthy of retention and deserving of protection. My people wake up, speak up and fight back, do not accept it.