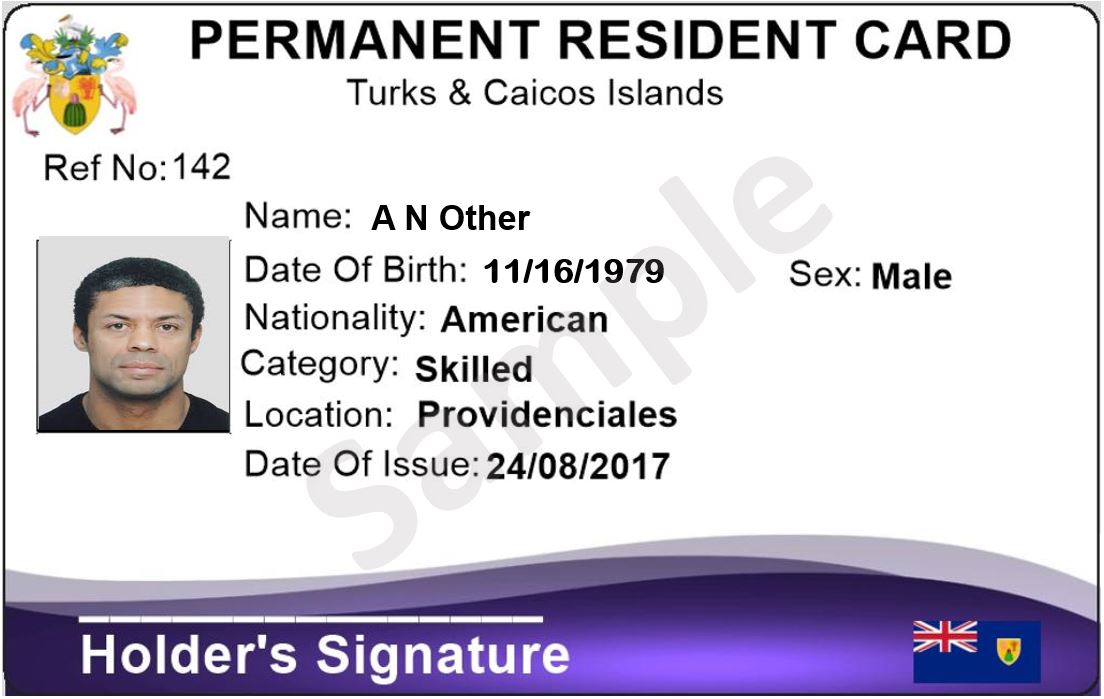 #Providenciales, March 22, 2019 – Turks and Caicos – No one is officially quantifying how grave the situation; but proliferation of fraudulent national Turks and Caicos documents must be a major menacing problem.

Today, the Ministry of Border Control informed that as of April 1, 2019, there will be a more secure identification for PRC holders.

This latest initiative is the second announcement of a swap to a more high-security form of national credentials in mere weeks.  In late February, birth certificates were to make a shift, according to the Ministry.

“The Department of Registration and Citizenship within the Ministry of Border Control and Employment Services hereby advises the public that, effective April 1, 2019, Turks and Caicos Islands Permanent Residence Certificate holders, granted after April 1st 2019, will be issued with a secured plastic Permanent Resident Card.”

Permanent Residency Certificates used to be just that; certificates.  Now, TCIG will issue wallet-sized, high security cards from its Department of Registration and Citizenship.

“These cards are intended to minimize the illegal production of fraudulent documents as they will contain several security features, and will be issued in addition to the full-sized certificate that is currently issued by the department.”

The image depicted was provided by the Ministry of Border Control & Employment Services.