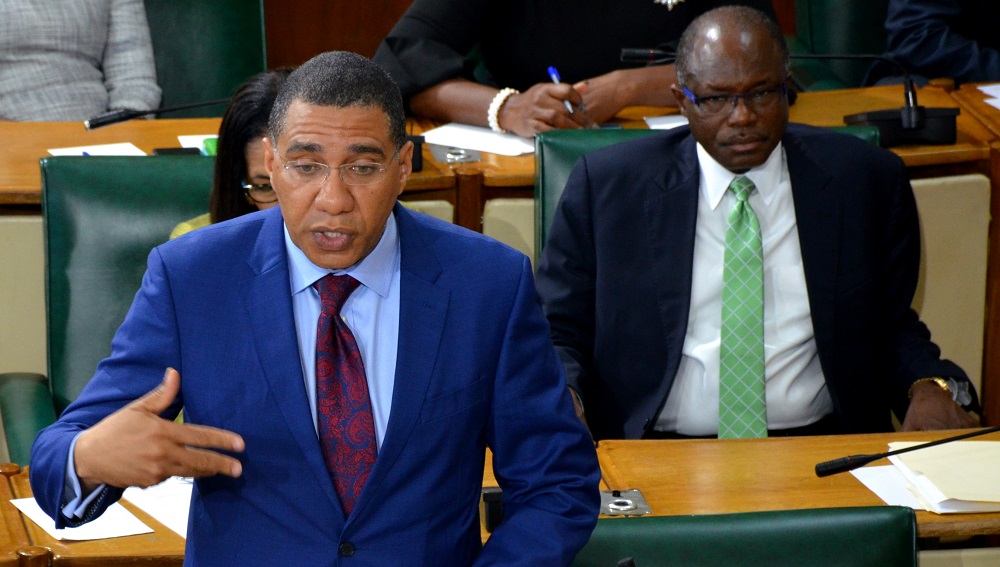 This initiative, he said, will allow flexibility in how a family member can support a beneficiary in acquiring an NHT property.

“The aim is for a younger sibling or child to agree to carry the mortgage obligation, subject to affordability, when the older mortgagor retires or dies,” Mr. Holness said.

The Prime Minister was making his contribution to the 2019/20 Budget Debate in the House of Representatives on Tuesday (March 19).  He explained that under this programme, the beneficiary’s loan will be scheduled to retirement over a 60-year period, and will include the portion of the costs to be covered during the period from the date of the loan to retirement.

“For example, if the beneficiary has 20 years to retirement, then it would be a 20/60 or 1/3 ratio of the cost of the solution, which will be factored into the required payment,” he noted.

The Prime Minister said the beneficiary will be required to present an “heir” to the NHT – a younger sibling or child – who will consent to repaying the outstanding amounts on the cost of the asset, which will be adjusted to current values.

“That sibling will be allowed to take over the asset if they agree to various terms, including allowing the beneficiary to occupy the premises for (an agreed period) of time. The cycle may be repeated for a second heir to take over the housing solution,” he indicated.

The Prime Minister said this initiative is meant to support capital accumulation “in really poor families, because now you can pool your wealth, which is not always possible. This is a practical way of ensuring that we give everybody a shot at homeownership”.

A maximum of 10 per cent of NHT’s constructed solutions will be accessible under this programme in the initial stages and selection will be based on the age of the applicant, the number of years the applicant has contributed to the NHT and the assessed ability of the heir to carry the mortgage when the obligation passes.