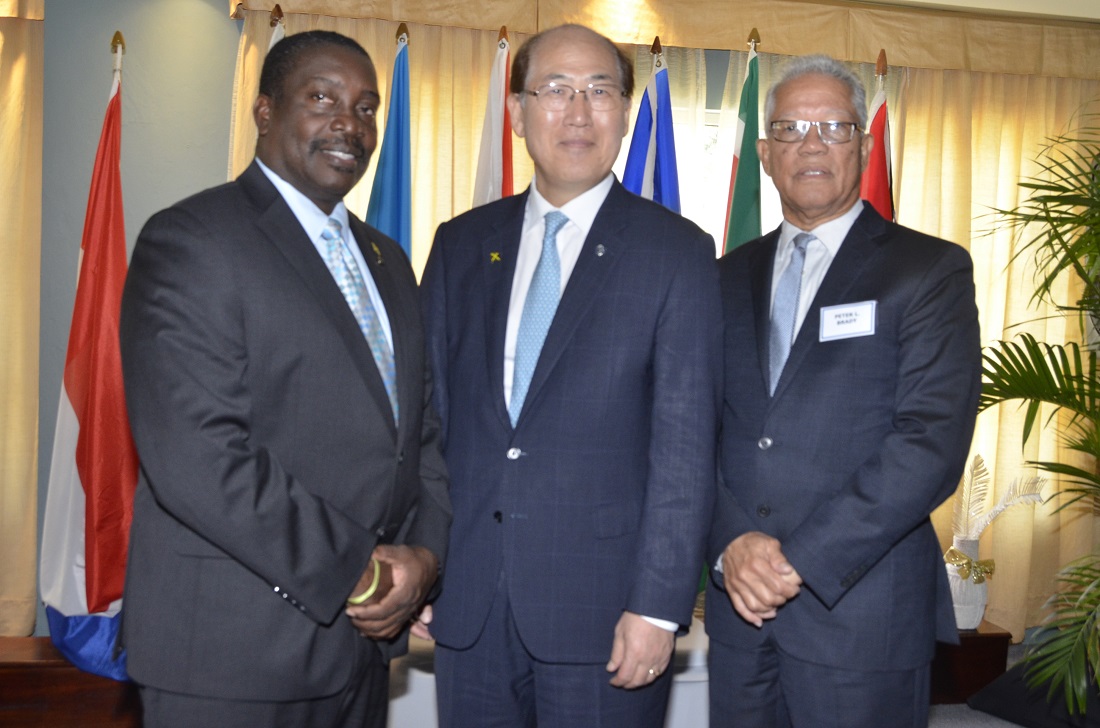 The blue economy refers to the utilisation of the resources of the ocean for economic benefits, while ensuring the sustainability and productivity of those same resources. It includes tourism; shipping; commercial fishing; and activities in the oil, gas, minerals and mining industries, among others.

Rear Admiral Brady told JIS News that high among the MAJ’s priorities is integrating blue economy strategies in the National Transport Policy, which covers all aspects of transport in Jamaica – air, water, road, railway, including infrastructure and services.

It is currently under review by the Transport and Mining Ministry, which is closely working with the MAJ to form the framework for the marine aspect of the policy.

“We have been exploring and exploiting the blue economy over the years, but we haven’t done it with the seriousness that it deserves, meaning that we haven’t done it in a sustainable way. But when you look at just how shipping is important to the region, all of our countries depend on shipping for our livelihood or our economy,” said Rear Admiral Brady.

He noted that “more than 90 per cent of trade in the Caribbean goes by sea, and in the case of Jamaica, that is more than 70 per cent of the value of trade, which is of tremendous importance to us and we need now to ensure that we do it properly”.

He further emphasised the importance of the International Maritime Organization’s (IMO) treaties, which Jamaica has signed on to and is now in the process of enacting the required laws in order to reap certain benefits.

“One very important one deals with compensation and liability. If a ship, for instance, breaks up around the coast of Jamaica and starts to spill oil on the beaches, we can claim up to $250 million of compensation through instruments of the IMO’s International Oil Pollution Compensation Funds (IOPC Funds),” Rear Admiral Brady explained.

“We have a piece of preparatory legislation in place to put that into domestic law to give us the kind of weight and legitimacy to make those claims on the parties that will be responsible for the compensation,” he added.

The MAJ, in collaboration with the Transport and Mining Ministry and the IMO, recently staged a High-Level Symposium for Transport Ministers of the Caribbean Region at the Iberostar Hotel in Rose Hall, St. James.

“We (were) very happy with the turnout,” Rear Admiral Brady said.

He said that the MAJ will be coordinating with the other States in the region on training and capacity-building of maritime administration.

This is in addition to the training of Jamaican senior officials at the IMO’s World Maritime University (WMU) in Sweden and the International Maritime Law Institute (IMLI) in Malta.

Rear Admiral Brady is the Chairman of the WMU board of governors.