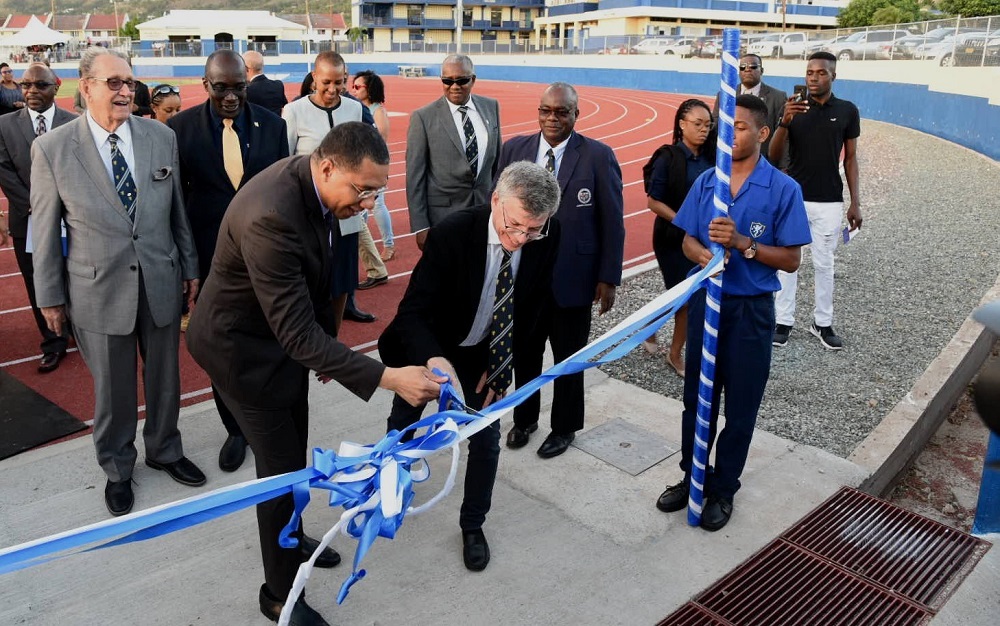 #Kingston, February 22, 2019 – Jamaica – Prime Minister, the Most Hon. Andrew Holness, is encouraging past students with the resources to contribute to the enhancement of school facilities.  He commended citizens like the Ashenheim family, who, “without second thought”, donated an eight-lane 400-metre synthetic track to Jamaica College (JC).

The Prime Minister was speaking at the official opening of the Ashenheim Stadium on the grounds of Jamaica College (JC), at its Old Hope Road location in St. Andrew on Wednesday (February 21).

Mr. Holness said that through the donation, the family has demonstrated that “the spirit of enterprise and the spirit of philanthropy are still alive and well in Jamaica”.  He pointed out that the facility, which was previously a “dust bowl”, has been transformed into a world-class state-of-the-art track facility that he anticipates will produce future top-class athletes.

“I am expecting that JC will be producing many great athletes who will probably be performing on the Olympic stage and gaining Jamaica more medals. (Importantly), it will reach the average student, who will now have the facilities to develop their skills,” he said.

Jamaica College is now the first high school in Jamaica to have its own stadium, which also features state-of-the-art lighting, an international standard football field and an initial seating capacity of about 2,000, with plans to upgrade to about 5,000.

The stadium will also have shot put and discus rings; javelin area; and long- and triple-jump pits.

The Government contributed a total of $30 million to the project through the Ministries of Culture, Gender, Entertainment and Sport; and Education, Youth and Information.