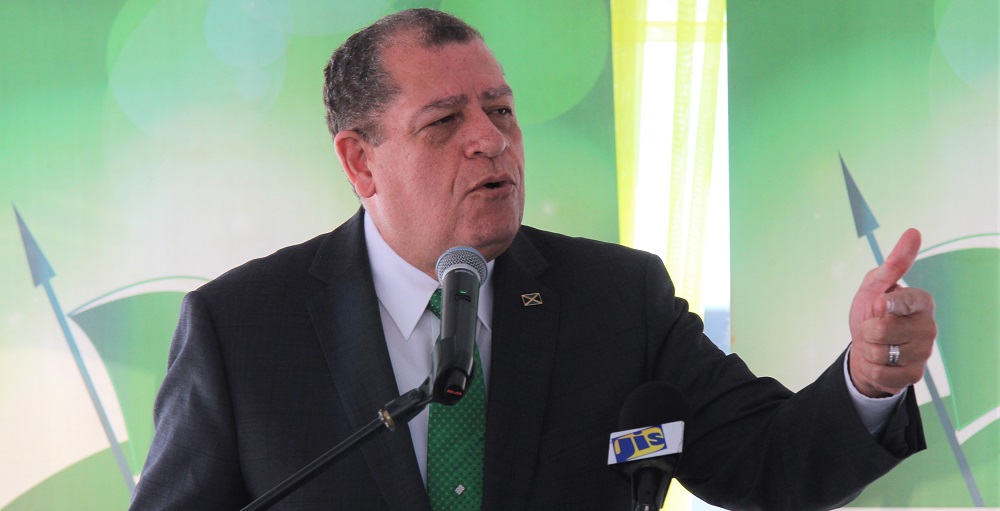 Montego Bay, February 15, 2019 – Jamaica – The Government plans to lobby the support of the international community, particularly the United States, for the Jamaican cannabis industry’s development.

Industry, Commerce, Agriculture and Fisheries Minister, Hon. Audley Shaw, says this partly stems from reluctance by local banks to fund the industry’s growth, due to fear of international de-risking, citing this as a major impediment with serious economic implications for Jamaica.

“We will be using all available diplomatic resources, including our Ambassador in Washington DC, to mount a lobbying effort to the Government of the United States, primarily through its Treasury Department, to address this very important matter,” the Minister said.

He was speaking with journalists following the official opening of Caribbean Producers Jamaica Limited’s (CPJ) distribution centre at the Montego Bay Freeport on Tuesday (February 12), at which he was the keynote speaker.

Mr. Shaw noted the Government’s cannabis licensing arrangement, inclusive of an established Authority, to ensure that “we are operating at global standards”.

“This simply means that we are, therefore, in a position where we can convince the United States and other global economies that we are prepared to operate at the standards that are expected of us,” he added.

The Minister said, however, that local financial institutions’ fear of de-risking remains a challenge, and places Jamaica and other Caribbean countries at a disadvantage, especially as their entities are not in a position to act independently of their American counterparts.

“All of our commercial banks in Jamaica are obliged, right now, to go through the New York system in terms of the movement of money internationally,” he pointed out.

The Minister argued that “we have the irony of a Jamaican scientist who gets an approval to develop a cannabis-based drug to fight leukaemia, and from no less an authority than the United States Food and Drug Administration (FDA)… [but] who had to watch as our local banks close his accounts because of this de-risking arrangement. This is why I am going to put a lot of energy into this lobbying effort”.

Mr. Shaw noted that while de-risking mainly affects smaller developing countries, like Caribbean states, the bigger developed nations “have managed to figure out a way” around the issue.  He said, however, that positive signals are emanating “at the highest level” out of the United States, pointing out that key officials “are suggesting that they would be open to take a more careful look at the benefits associated with medicinal cannabis”.

“We are also seeing where one of the Democratic frontrunners for next year’s US Presidential contest… [is] advocating for the legalisation of marijuana at a federal level,” the Minister added.

Mr. Shaw said he is “also encouraged by the utterances of the man who is expected to be the next US Attorney… who seems to be also taking a more liberal approach”.