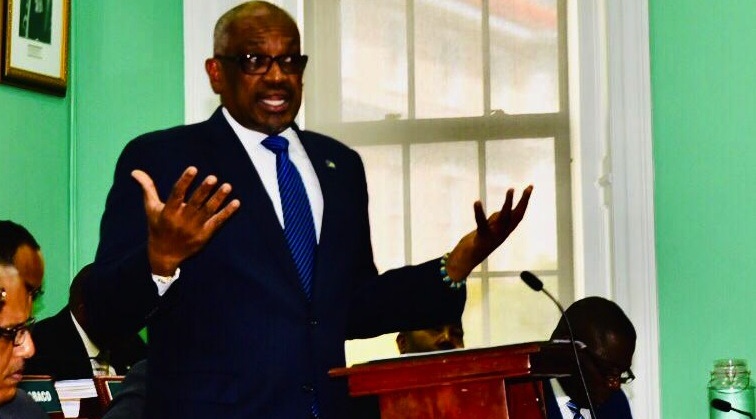 #Nassau, February 15, 2019 – Bahamas – Prime Minister, the Most Hon. Dr. Hubert Minnis has confirmed that plans for the revitalization of historic downtown Nassau are underway and will realize jobs and business opportunities for Bahamians.

He was contributing to the debate in the House of Assembly today on the Resolution to Convey Property and Land from the Government of The Bahamas to the Central Bank of The Bahamas for the building of a new bank.

“The redeveloped Prince George Wharf, the new Supreme Court Complex, and supporting offices, and the beautiful new Central Bank will boost the revitalization, renewal and restoration of downtown,” the Prime Minister said.

“Our administration has other exciting and ambitious plans for the redevelopment of Downtown, including an area for cultural activity in the space between Fish Fry and the Western Esplanade. The revitalization of downtown Nassau is a work in progress,” the Prime Minister said.

Referring to his recent National Report, the Prime Minister reiterated that a significant development that will help to expand and to grow the economy in New Providence is the proposed public-private partnership for the management, upgrade and expansion of the Port of Nassau, which has gone to tender.

“The ambitious project aims to provide for the development of expanded berthing capacity, a new arrivals terminal and associated harbour-front facilities improvements.  This major undertaking will tie-in to the long-awaited and ongoing redevelopment of downtown Nassau,” he said.

The Prime Minister explained that in the redevelopment of Prince George Wharf, the government will continue to own the wharf, but taxpayer dollars will not be used in its transformation.

“The redevelopment of downtown Nassau must go from east to west and from north to south,” he said. “The redeveloped Prince George Wharf, the new Supreme Court Complex, and supporting offices, and the beautiful new Central Bank will boost the revitalization, renewal and restoration of downtown.”

He also noted that a new embassy for the United States of America will be built at the intersection of Shirley and East Streets.

“All of this new construction will total several hundred million dollars. This will mean more jobs and opportunities for Bahamian businesses, including many small businesses, including at the new Prince George Wharf. Further, shops, restaurant owners and other businesses should see increased business over time,” the Prime Minister said.

“I have directed the relevant ministries to present a plan as soon as possible to begin to immediately beautify and clean up Bay Street,” the Prime Minister said. “In addition to my personal observances, many Bahamians have reported to me how appalled they are by the state of downtown.”

Concluded the Prime Minister, “Long-term, we need to decide on the best way for the ongoing maintenance of downtown Nassau.”