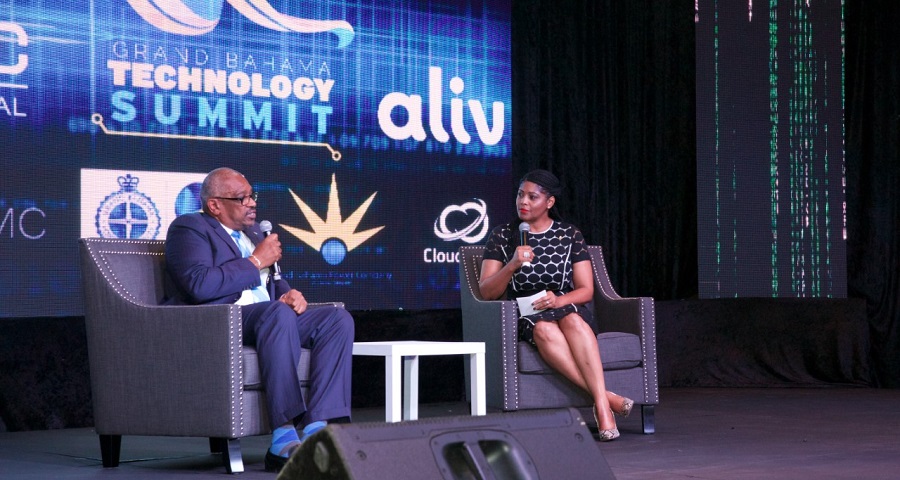 Prime Minister Minnis had just completed opening remarks for the 2nd Grand Bahama Technology Summit at the Grand Lucayan when he was invited to sit for a brief interview with Mrs. Edgecombe.  He said, while looking at the room of some 600 Summit participants, guests, investors looking for opportunities — he sees a bright future for Grand Bahama.

Addressing the direction the world is taking with technology, he remarked, if The Bahamas is to attract investors or encourage businesses, the country must, and the people, businesses and government ought to be prepared for the technological era.

A Memorandum of Understanding was signed with Cisco Systems and Cisco Networking Academy, at the summit, to expand IT training in Grand Bahama.  In the Pop-Up Chat with Mrs. Edgecombe, the Prime Minister said it was vital to train young people in the country if we are going to being a part of technological revolution.

He noted, “We recognize that there are a lot of Bahamians who cannot afford to pay the necessary school fees to improve their knowledge and become a part of this new wave, this innovation that is occurring in the world.”

Recalling his own experiences, Prime Minister Minnis said the government does not want marginalization of Bahamians who cannot afford higher education.  This is why, he continued, it was decided that education at Bahamas Technical & Vocational Institute (BTVI), with its progressing IT curriculum, be free to all Bahamians.

The government, he said, is now going into high schools and getting the students involved with technology before they graduate.

He noted too, with respect to the annual student summer work programme: rather than spend money to pay students to be employed during the summer, receiving adequate salary but doing remedial or very little work — summer programmes will change: “We will employ our students, but our students will attend courses to uplift 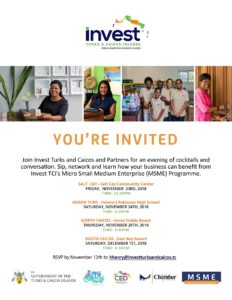 He added: “What we will also do is pick some of the best students from the various high schools, and those students will be paid to assist those students who have fallen behind so as to uplift them. What I find is students respond better to student teachers.”

Prime Minister Minnis noted with interest how important it is for the country — as part of the technological revolution — to become solarized, as dynamic changes are very quickly taking place.  He noted, for example, that Ford Motor Company is moving their vehicles towards electrical power.  Implications are that “Our parking facilities will not only have to become solarized but have the necessary sockets so that as our cars pull in, they can be recharged.”

Photo Caption: Prime Minister, Dr. the Most Hon. Hubert Minnis, on Wednesday, November 14, is pictured in brief chat with Parliamentary Secretary, Pakesia Parker-Edgecombe following his opening address of the 2nd Grand Bahama Technology Summit at Grand Lucayan resort. The three-day event has attracted some 600 participants under the theme, “The Future is Now.”