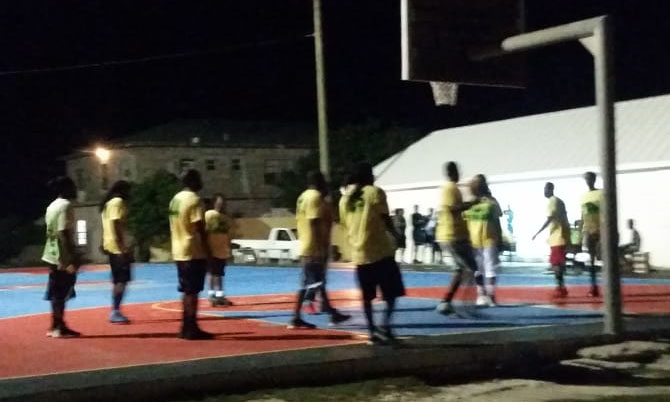 #Grand Turk, October 27, 2018 – Turks and Caicos – You may have missed church on Sunday but some inmates from Her Majesty’s Prison did not.  They attended morning service at New Testament Church of God in

Grand Turk this past Sunday, with message by Rev Vernon Malcolm.  His sermon was entitled, You are created for more.

There was also a basketball tournament last weekend with inmates challenging some of Grand Turk’s finest on the court.  Game one, last Friday night, went to the HMP Stingers 39-28 over the HJ Robinson Snipers.

The wounded Snipers came back with a vengeance and dominated, beating the HMP Stingers by four points in game two of the basketball tournament.  It was called an historic happening, held at the Overback basketball court.