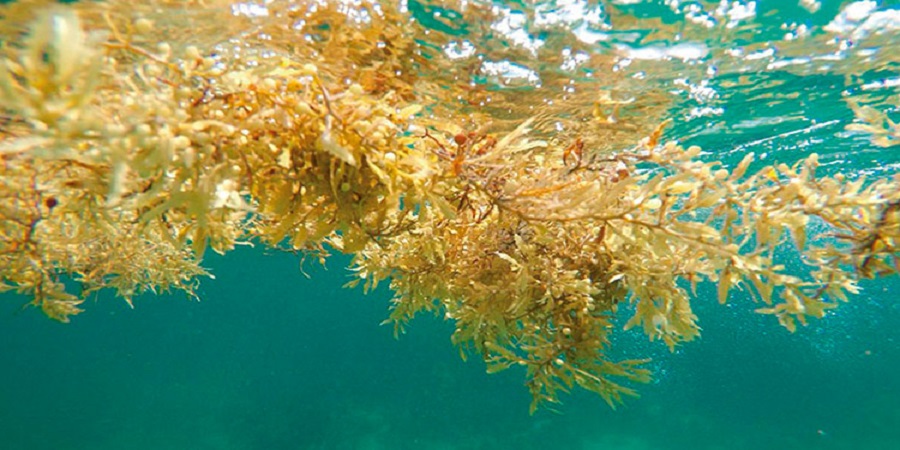 #Providenciales, August 21,2018 – Turks and Caicos – The Department of Environment and Coastal Resources (DECR) acknowledges that the current quantities of sargassum that have washed ashore may pose a frustration to residents and visitors to Grand Turk’s shores.  Nevertheless, the DECR would like to assure all parties that we seek to act in the best interests of residents, valued visitors and our environment.

Sargassum is an important seaweed found throughout the world’s oceans.  In fact, the Sargasso Sea is named after the concentration of this algae in its waters.  Periodically, sargassum washes up on beaches which is a natural process that can provide important structure and nutrients to these areas. While floating around, sargassum provides an important habitat for a number of organisms, particularly giving shelter to juvenile fish and sea turtles

during their vulnerable stages.

In recent years, the reported incidents of large rafts of sargassum washed up on beaches in the region seem to be on the rise, and although it may also be on the increase in the TCI we do not currently have the data to support this.

Sargassum poses no threat to humans and though decaying mounds of the material may create eyesores and offensive odors, the wrack line stabilizes beaches as it ‘catches’ wind-blown sand, preventing erosion and stabilizing dunes.  The management of these issues therefore, requires careful consideration of the use of the shoreline for recreational enjoyment and the environmental impact of the sargassum on the coastline.  While removal of sargassum is normally not permitted, excessive amounts are recognized as problematic and consideration is being made for removal where required.

The Public Works Department has awarded contracts for the clean-up of the coastline to remove the deposited sargassum.  It is anticipated that work will begin within the coming week to remove the sargassum in the most heavily affected areas.

Persons seeking to remove large amounts of material from the eastern shoreline of Grand Turk should contact the DECR office at 338-3172 or environment@gov.tc to seek further guidance to coordinate removal efforts.  In areas where quantities of sargassum are too large to be buried in the sand, it should be transported to the dump for waste disposal.  It can also be composted for use as soil amalgamation in landscaping.