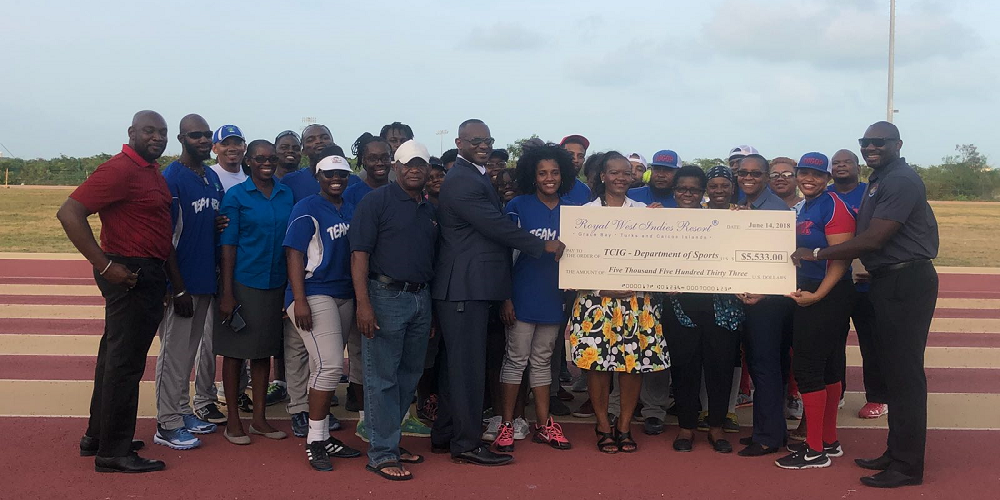 Following the aftermath of Hurricanes Irma and Maria in 2017, the National Stadium was left in disarray. Such devastation left our most utilized sport facility unavailable to stakeholders at night due to inadequate lighting.

Royal West Indies Resort believing that sport plays a crucial role in the overall health and development of a nation and after becoming aware of some of the critical needs of the National Stadium, immediately reached out to the Department of Sport to offer their support. Spokesperson for Royal West Indies expressed that while they appreciate the commitment and effort by the Department of sport to further develop sport in the TCI they believe that this can only be achieved through the support of communities as a whole. 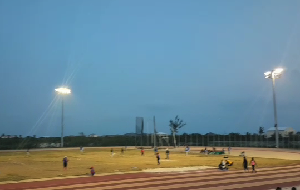 During the presentation ceremony, Mrs. Rosemary Jolly accompanied by Operations manager Ms. Stephanie Smith, expressed that; “This presentation isn’t to highlight the contribution made by Royal West Indies but to challenge and encourage others to join the lines of corporate responsibility by supporting the repair efforts and by extension the spirit of the development of Sport in the Turks and Caicos.”

The Minister responsible for Sport the Hon. Edwin Astwood, who was in attendance, applauded Royal West Indies Resort for their corporate social responsibility and expressed that we all have a part to play in the development of our people and our nation.

Hon. Astwood added; “I want to commend President Godfrey Been and the Softball Federation for their role in sport development and I am very excited to watch the Provo Church Softball League games commence.”