#GrandTurk, Turks and Caicos Islands – Friday, June 22, 2018 – When the PDM Administration’s plans for this new legislative season was rolled out in a comprehensive Throne Speech delivered on Monday at the Opening of the House of Assembly, there was repeated acknowledgement of public weariness in waiting for a personal boom and the promised changes. 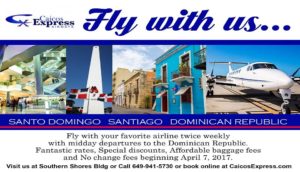 It was expected that His Excellency Dr. John Freeman would, on behalf of the Government, make many references to the impact of the 2017 hurricane season in that Speech from the Throne; still those references took second place.  The PDM’s plans in the Speech boldly recognised that people are long past ready to feel some direct prosperity.

“Mr Speaker, the Government now has the awesome task of rebuilding and doing so responsibly and resiliently while delivering on other priorities that cannot enjoy the luxury of waiting a second longer and in the face of an anxious and expectant public. This, Mr Speaker, in the Government’s view requires a delicate balance.”

The excerpt came early in the Throne Speech, under the heading of ‘recovery’ and reflected a recurring theme within the exhaustive presentation.  Promises made to and desires expressed by the public were obviously the inspiration for the ideas announced as coming within the new legislative session of Parliament. 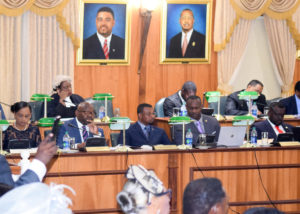 In fact, the PDM via HE Dr. Freeman stated that Parliamentarians are under pressure to overcome the challenges by taking on a ‘must-do’ attitude.

There was talk in the Speech about the marked spike in construction in 2018, the expectation of more jobs both short and long term and legislative changes to ensure local business development.  The Government’s Investment Policy Statement will have seven key focuses, including:  encouragement of domestic investment and a focus on Grand Turk.

“Employment opportunities are also expected to increase steadily over the years, mainly due to an increased demand for services provided in, among others, the tourism, construction, fisheries, and other sectors.”

Accusations that there is not enough public input and sorely needed transparency drew two pivotal pronouncements within the Throne Speech.

“Mr Speaker, the Government recognizes the need for constructive dialogue amongst all sectors of society and especially among its elected leaders. The Government is therefore grateful to those who have responded positively to think-tank sessions that have helped to form critical policies, to those who have attended the several rounds of town hall meetings, to those who participated in the recent national priority poll and to those members of this Honourable House who continue to see the value in being good stewards of our people’s future.”

So far, House of Assembly members have already crafted a mission statement linked to what the Speech called: Vision 2040 and Medium Term Development Strategy. 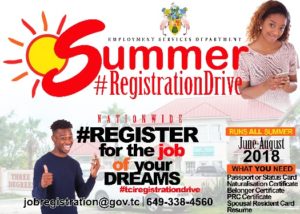 Further along, when ‘border control’ was the heading, the Governor in delivering the Throne Speech presented the plan of the People’s Democratic Movement to be more open with the general public.

“The Government will utilize traditional and emerging methods of engagement especially media releases, press conference, aired talk shows and social media to increase visibility and improve the transparency in the work that it does, where it is safe and not of national risk to do so.”

The people and their need for support in first time home ownership; the lingering need for more duty free concessions as islanders continue with post-hurricane rebuilding; a need for policies to further protect consumers and establish credit unions; acknowledgement that the ports on islands like Salt Cay are in need of desperate attention and the PDM Administration within the Speech heralds the coming of better service to customers by TCIG.

“The Government will continue its efforts to streamline processes in order to make marked improvements in the delivery of products and services to the people of these islands. It will establish, implement and publish Service Level Agreements (SLAs) in commitment to improved service at all customer touch points; shorter waiting times from the time of submission of applications to the delivery of products; and, the eradication of application backlogs for all products and services. The Government has allocated additional manpower in the upcoming Budget to support this enhanced service.” 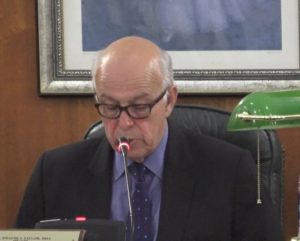 The Speech included other tasty-sounding morsels like financial support for private schools, new campus for the Providenciales campus of the Community College and a fire truck for Grand Turk, which has been beset with losses from blazes ignited both intentionally and accidentally.

Through and through, it was clear that expressed frustrations of the general public were strongly considered and setting out the new agenda within the newly opened session of Parliament.  One statement was profoundly notable as the Speech was delivered to the nation from the House of Assembly in Grand Turk, the capital…

“Mr Speaker, the Government understands that whether it be short, medium or long-term, people are looking for tangible improvements in their lives.  Turks and Caicos Islanders are looking for plans that seek to transform their economic and social standing first and foremost; and then that of every person intending to meaningfully contribute to the growth and development of this country.”