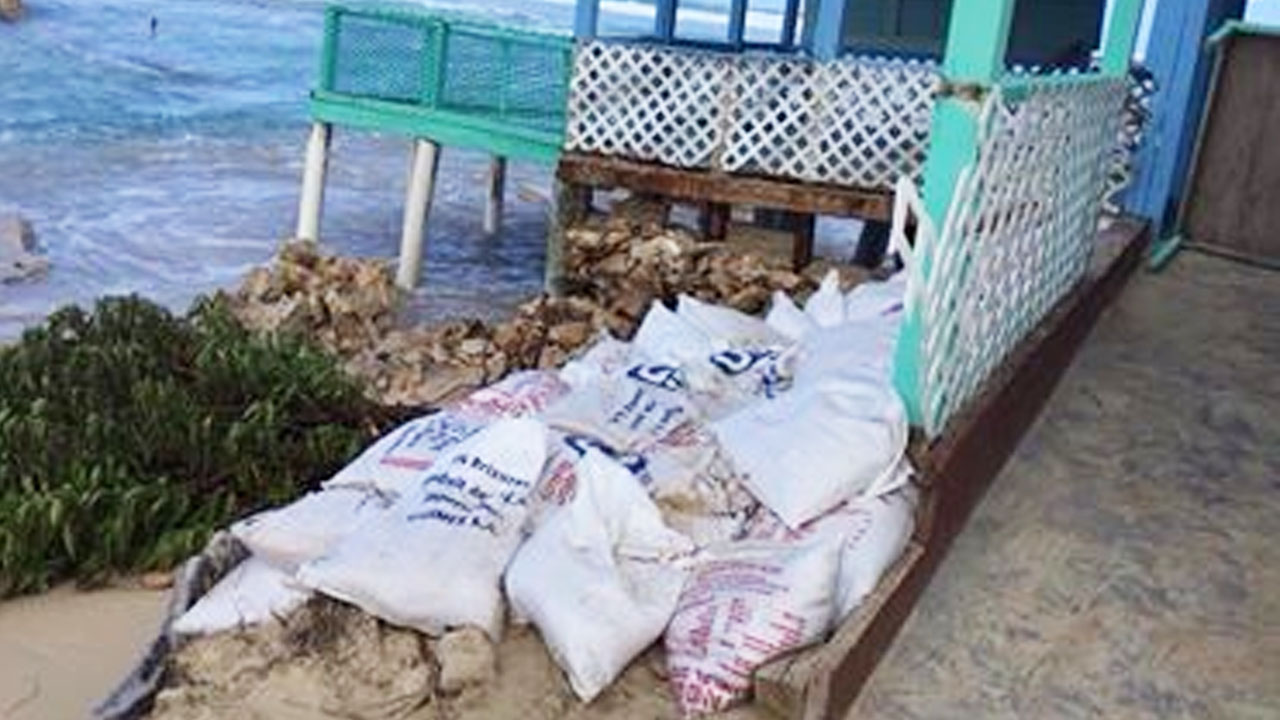 Salt Cay, Turks and Caicos, March 5, 2018 – Salt Cay residents say their battered dock is being decimated by and onslaught of violent waves created by what is nicknamed, a ‘windmageddon’; the high winds are causing serious waves action across the Caribbean.

#MagneticMedia was contacted by residents who say they need help, desperately and quickly and, on Facebook, have tagged government ministers and the Premier for help. 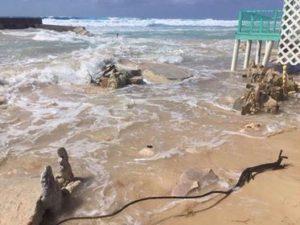 “Salt Cay is under emergency conditions again. We have extremely limited communications, luckily the internet connection works at my house (the only spot on the island for whatever reason) so that we can get word out. Many people are gathered here to try to get in touch with Digicel to help with communications. Please contact Digicel and let them know we need communications restored to the island and upgraded to insure our safety.”

We contacted Digicel, it s public relations officer, Romell Williams confirmed that they were already working on restoring services and by the time our six minute cell phone conversation was done, Williams said the problem was fixed for Salt Cay residents.

Flow is currently looking into what is happening with its system on the tiny island.

The telecommunications issues are but one challenge for islanders who are desperately seeking attention in the aftermath of two monster, historic hurricanes.  Today, the issue are the huge swells, further corroding the coastline defenses and damaging weakened structures.

“Debbie’s Cafe is falling into the harbor because the seawall is gone, the harbor is rapidly filling with sand. The #SaltCayHarbor is the island’s lifeline. We needed help after the hurricanes, now it is extremely critical.  We expect the high seas to continue for at least the next 24 hours. Water is flowing over onto Victoria Street. I am unable to get photos out but would someone please alert the government that things have now reached critical levels for the Salt Cay Harbor.”

Magnetic Media has reached out to the Member of Parliament or the district, who is also the Minister of Health and Human Services, Edwin Astwood.  There had been no reply as yet up to news publication time.

The #BahamasDepartmentofMeteorology today issued a three-day marine and public weather forecast for The #Bahamas and Turks and Caicos Islands which says:

GENERAL SITUATION: A RIDGE OF HIGH PRESSURE WILL BUILD FROM THE NORTH TO ACROSS THE ISLANDS TODAY MEANWHILE HAZARDOUS BOATING AND BEACHING CONDITIONS WILL PERSIST AS EXTREMELY LARGE SWELLS GENERATED BY A DEEP LOW PRESSURE SYSTEM IN THE ATLANTIC CONTINUE TO AFFECT THE ISLANDS

SPECIAL WARNINGS: BOATERS ARE URGED TO REMAIN IN PORT AND BEACHGOERS ARE TO REMAIN OUT OF THE WATER DUE TO DANGEROUS SURF, STRONG RIP CURRENTS AND LARGE BREAKING WAVES AT NORTH AND EAST COAST SHORELINES MOTORIST SHOULD AVOID TRAVERSING THE GLASS WINDOW BRIDGE ON ELEUTHERA AND ALSO TO EXERCISE EXTREME CAUTION WHILE TRAVELING ALONG NORTH AND EAST COAST ROADS PARTICULARLY IN THE EASTERN MOST ISLANDS