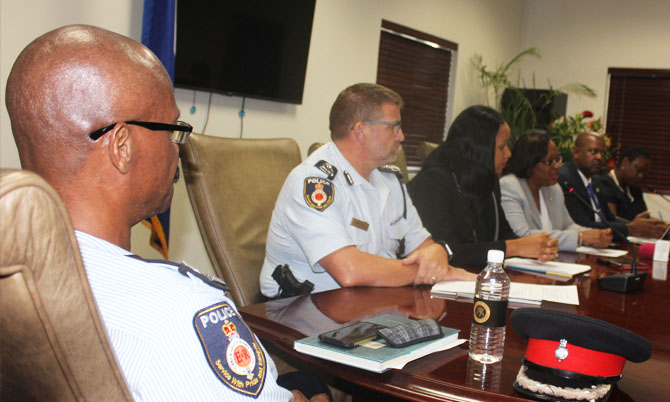 Providenciales, Turks and Caicos – March 16, 2018 – Human Traffickers are making a fortune out of the misfortune of the people of Haiti, who are paying thousands of dollars per person to migrate illegally to the Turks and Caicos Islands and the Acting Commissioner of Police says, this is having a big impact on the social welfare and national security of the country.

“It’s my view that the illegal migration of people into the TCI is highly organized and they are committing criminal offenses and not people necessarily entering, though of course they are entering illegally, but we have people who are facilitating and managing moving people to the TCI. Those people are making a fortune out of other people’s misery and desperation and then causing problems and risks and security issues for us here in the TCI,” Trevor Botting, Actg Police Commissioner.

The Acting Police Commissioner, Trevor Botting was speaking at a press conference called by Premier Sharlene Robinson on Friday at her office in Providenciales to address the vexing matter which ignited a firestorm of public concern after five illegal boats successfully landed on Turks and Caicos shores in just one week.

Accompanied by Assistant Commissioner of Police, Wayne Jones, AC Botting confirmed that the Police is ready to arrest and charge anyone caught encouraging or masterminding this globally reprehensible behavior.

“Anyone caught facilitating or helping or being involved in any sort of organization of illegals in the TCI they will be arrested and we will throw anything we can at them to get them prosecuted. They are causing great harm, not only to those they are trafficking but also to this territory and the people and the community.”

“We need eyes and ears and we need information, I have absolutely no doubt that people who will hear this press conference will know who is involved in people smuggling and getting people into this island, said the Acting Commissioner who continued with what can be done and what residents should look for, “They wanna help, they need to tell us who they are, they need to tell us what they suspect and we can investigate and have a look at it.  This is having a big effect on the TCI.”

The AC completed his prepared remarks with a plea “to help us protect the borders, that’s what we need from you now.” 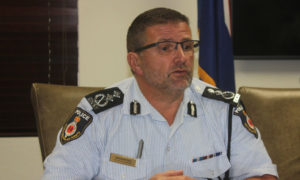 It was announced that the Turks and Caicos Police are the main partner in the Immigration Department led, Operation Guardian, which was lightly re-booted and rolled out fresh in February 2018.