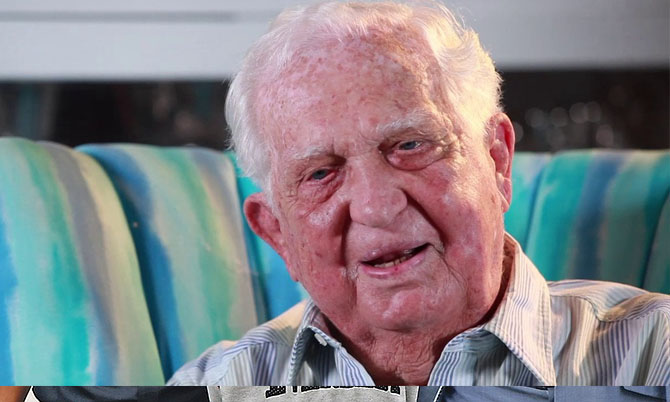 Nassau, #Bahamas – February 26, 2018 – Sir Durward Knowles, who up to Saturday was the world’s oldest living Olympic champion died at the age of 100 in his home country of The Bahamas.

Revered for his philanthropic work, his striving to forge a stronger bond between black and white Bahamians in an initiative called One Bahamas and saluted for his accomplishments as a decorated sailor – Knowles slipped away on Saturday.

#SirDurward on  November 2nd 2017 marked a century of life, a goal he desperately wanted to accomplish.  The intriguing Bahamian hero told us, at a book signing that he wanted to live to see 100 years old, and he did it.  One hundred years and nearly four months Sir Durward lived and lived a robust life. 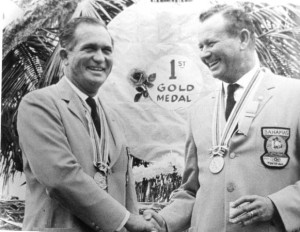 Last November, The Bahamas held a slew of events – nationally – to help the Olympic champion sailor celebrate the milestone.

There are many outstanding feats for the man, who now leaves a nation in mourning but satisfied at his amazing life.  Sir Knowles is the first champion for The Bahamas at the Olympics level and he did it in sailing at the Tokyo Games in 1964; before the gold, Sir Durward won bronze as a sailor and Sir Knowles is one of the longest competing Olympians in history, attending eight of the Games in all, seven of them consecutively.

Knighted in 1996, Sir Durward supported the disabled with donations of wheel chairs… he supported sailing, ensuring the culture remained vibrant and prominent… and he shared his story of tenacity, with anyone, anywhere that he went. 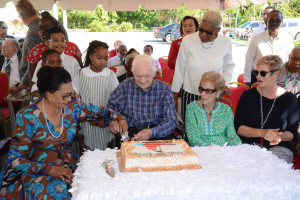 His family confirmed his death was on Saturday February 24 at 2:15pm at Doctor’s Hospital in Nassau, New Providence.

Flags today fly at half mast for Sir Durward Knowles, Bahamian Sea Wolf… may you rest in peace.