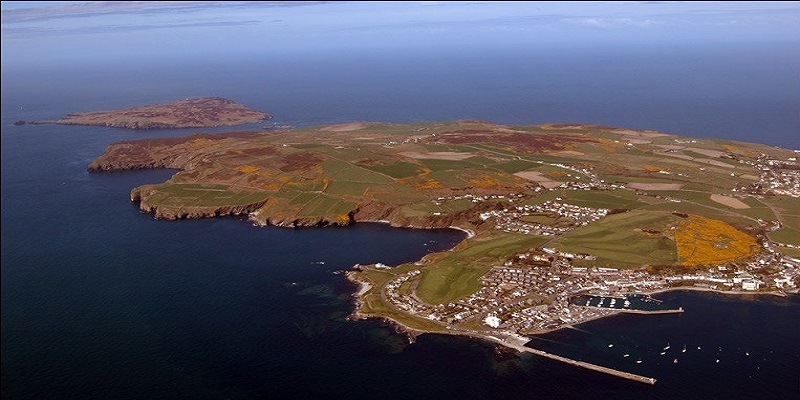 #IsleofMan, February 15, 2018  – Hon. Ralph Higgs, Minister of Tourism,  Environment, Heritage, Maritime & Gaming, returned to the territory this weekend, after attending UKOTs and Crown Dependencies meeting of Environment Ministers, held in the Isle of Man to discuss the future of the environment in their jurisdictions.  This meeting marked the third such annual meeting of the group, which provides a forum for Ministers to dialogue on issues of commonality among them, whilst seeking solutions, best practices and forging stronger partnerships.

This was the third Council of Environment Ministers of UK Overseas Territories and Crown Dependencies and took place in Douglas, Isle of Man, the meeting was hosted jointly by Geoffrey Boot MHK, the Isle of Man’s Minister for Environment, Food and Agriculture, and Professor John Cortés, Gibraltar’s Minister for Education, Heritage, Environment, Energy and Climate Change and coordinated by the UK Overseas Territories Conservation Forum (UKOTCF), a non-governmental organization.

The Minister was accompanied by Michelle Fulford Gardiner, Deputy Permanent Secretary in the Ministry, where they join 13 other UKOTs and CDs, to discuss and focus on the topics of sustainability in the terrestrial and marine environment, climate change, the impact of natural disasters on communities, environmental resilience and the Isle of Man’s designation as the first entire nation UNESCO Biosphere Reserve.

Discussions were also facilitated on common opportunities and challenges specific to the group such as:

Minister Boot of the Isle of Man, said; “Although very different in character, our islands all boast beautiful environments that are important to our economies and our way of life and we wish to retain and maximize the benefit.”

“The meeting was an excellent opportunity to share good practice and discuss common concerns and we learned a lot that we can put into effect in our islands.  It was especially useful to discuss with the UK’s Environment Minister, Dr Thérèse Coffey, how our jurisdictions can work together, and more closely with the UK, to ensure a coherent approach on matters such a plastic waste, ocean acidification and warming.  Minister Coffey invited the group to join the UK’s discussions on these matters.”

Professor Cortes of Gibraltar added; “The way our diverse territories work together in mutual support and for the protection and improvement of the environment and quality of life is our main strength and an example to others.”

“We are looking at a sustainable future within our territories but have also recognized our responsibility beyond our shores. Most of us are islands and so we are also championing the future of our oceans by joining the stand against plastic pollution and working towards improvement of the biological status of the many kilometers of sea that are the responsibility of the United Kingdom.”

Hon. David Osborne, Montserrat’s Minister for Agriculture, Trade, Lands, Housing and Environment, said; “By working as a group, we are much stronger in being able to achieve certain goals. Many of us are facing similar problems and, because of Brexit, much uncertainty remains.   However, if we come together we can put forward ideas for ways to overcome these challenges, much can be achieved.”

Dr Mike Pienkowski, Chairman of UKOTCF, commented; “We have for over 30 years brought together groups of practitioners, decision makers and civil society across the Overseas Territories and Crown Dependencies to share experiences and encouraged collective endeavour.   This is now more relevant than ever, given the unique set of challenges faced by them especially in the face of climate change and some of the consequences of the UK’s departure from the European Union.   The meeting heard about the work of the Department of Environment, Food and Agriculture to meet its international commitments and to support its fishing communities, which is huge interest to other jurisdictions.”

Ministers and representatives of the Falkland Islands, Pitcairn and St Helena, joined the meeting via Skype or other remote means.

UK Minister of Environment extended an invitation to the group to join her and her team to the Commonwealth Summit in April, as well as the celebration of the International Year of the Reef activities this year, where discussions can continue on these topics.

Hon. Higgs and Deputy Permanent Secretary, took advantage of the opportunity to also arrange meetings with Maritime & Ship Registry sector officials, and a site visit to the state of the art energy form waste plant.

Hon. Ralph Higgs quantified the meeting as a worthy assembly of like-minded decision makers with a diversity in social, economic, and political structures, but similar challenges.   The Turks & Caicos Islands in the wake of two catastrophic storms realized some destruction of our natural environment, but saw firsthand how the resilience of healthy ecosystems such as the coral reef provides a service that went a long way in protecting our fragile islands.   He reaffirm his government’s commitment to providing sustainable financing for conservation and climate change initiatives, as our environment lies at the foundation of our tourism industry.