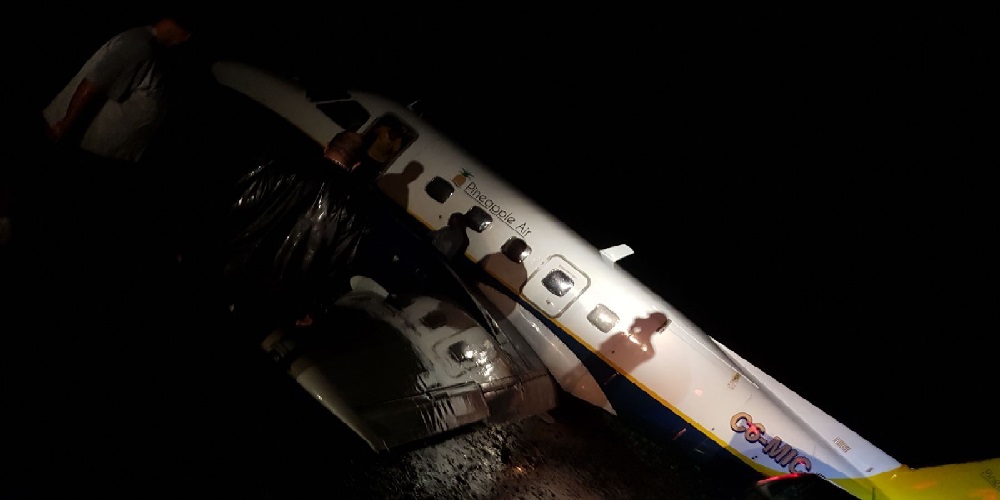 #Bahamas, January 10, 2018 – Eleuthera – Several passengers were injured when a plane crash landed in Eleuthera, Bahamas on Tuesday night.  The Eleutheran news reports that authorities have confirmed that a combination of bad weather and mechanical failure led to the frightening touch down where all on board were shaken but are safe. 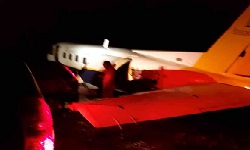 Pelting rain could be seen in the photographs of the Pineapple Air Charter flight, which reportedly skidded off the runway when its landing gear did not deploy; it happened around 8 p.m. Tuesday January 9, 2018.   Fifteen passengers and two pilots were on the flight, where the injured were treated by Emergency Medical Services and some referred to the Levy Medical Clinic for further evaluation, said the news report online.

The crash landing forced the Governor’s Harbour International Airport to be closed to air traffic until around 1 p.m. today, January 10, while Civil Aviation Authorities were on the ground to investigate the cause of the scary incident.

Pineapple Air operates fights into Eleuthera, Long Island, Acklins and Crooked Island and has been operating in The Bahamas since 1999.