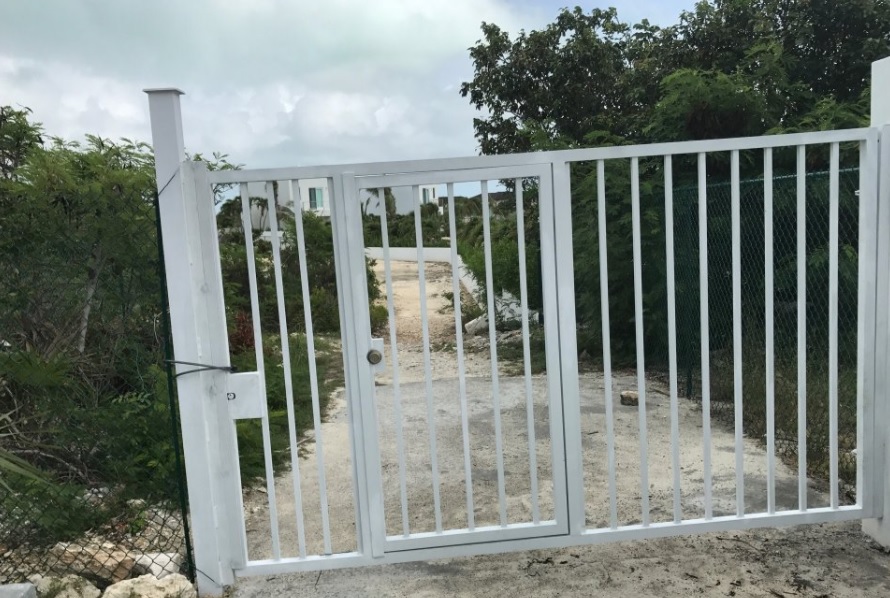 January 2, 2018 – #Providenciales, Turks and Caicos – Confrontations on #TaylorBayBeach in Chalk Sound are escalating over what could be considered sloppy handling of a bit of legislation which leaves a legal loophole to shut locals and visitors out of enjoying one of the top coastal spots in Providenciales.

Cell phone video circulated today chronicled a potentially explosive situation where an apparent property owner was telling residents to get off of the beach, accusing them of ‘trespassing on his property’.  The man, who identifies himself, suggested that a locked gate should have kept the beach party-goers from entering onto the secluded beach in this vacation villa rental hot spot.

Magnetic Media received video and commentary on the volatile incident, where those offended by the situation said, “What made us furious was that, at this same beach there was about eight tourist families who also entered the beach the same way we did, he called the security and told us that we can’t be on the beach because we were trespassing… so I went to ask (for) myself and they too said that no one told them anything and that they were just relaxing on the beach.  Same thing we were doing, so I told him it’s because we were black…”

The homeowner in question denied that skin colour was the reason for his stance, but the group of islanders was unconvinced and posted the videos and their thoughts about the incident on social media.

Magnetic Media received it about a dozen times from different residents who were outraged that public access to a TCI beach could be denied anyone.

And therein lies the problem… Taylor Bay Beach has no designation.

Although the beach is public, there is no public beach access therefore the land one traverses to get onto the beach is private.  This privately owned property can be gated and anyone accessing it without permission is therefore ‘trespassing’.

The problem with this position in this specific case is that the homeowner captured in that cell phone video recording also repeatedly said the beach property was his; by law that is impossible.

It is shared with MM that the Chalk Sound Home Owners Association had met with the PDM Administration about the problem early on in their tenure and that government was asked to address the matter; it remains unresolved with a promise that legislative changes are due within the first part of 2018.

What has been done, happened in Cabinet since February 2017; “Cabinet approved a moratorium on commercial construction applications along waterfronts to determine how those constructions are impacting the public’s access to the beach.”

Nearly a year later, the approval freeze is seemingly still in place but the rows continue.

Mark Fulford, vocal attorney and community activist issued his own statement, which in part says, “The residents of chalk sound can’t seem to catch a break. Yesterday it was the landing of an illegal sloop now today it is Belongers including our very own Miss Turks and Caicos Islands being chased off one of our beaches. The law as it relates to our beaches is crystal clear like our waters, which is that all beaches are public. The ambiguity and confusion surrounds access to the beach in the form of legally registered easement known as beach access over the land towards the beach. All public beach access needs to be registered with the land registry.”

Fulford, like others who reached out to Magnetic Media is calling for Government to acquire the sliver of land necessary to give the public legal access to Taylor Bay Beach in hopes of putting an end the squabbling and securing legitimate passage to the popular spot.

Magnetic Media also reached out to the PDM Administration and Constituency Representative for comment or an update on the vexing issue.  Up to news publication time, there was none.

Incidentally, there are a string of tourist posted photographs about Taylor Bay Beach on TripAdvisor showing the gate, mounds of rock and other blockades to public access with negative reviews.  Taylor Bay Beach ranks #5 of 81 of the best things to do in Providenciales, with a 4.5 star rating on TripAdvisor.

HEADLINE PHOTO, from TripAdvisor posted August 2017 by a ‘disappointed’ tourist