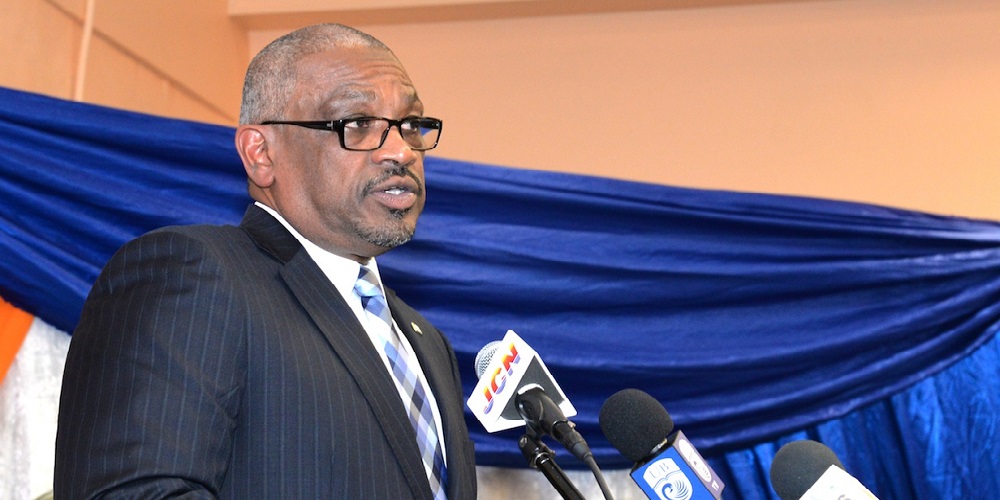 #Bahamas, January 24, 2018 – Nassau – The Minnis Administration will channel resources into areas such as education, healthcare, social development and economic opportunities – including jobs and opportunities to become entrepreneurs and businesspersons – as part of its commitment to provide Bahamians with the resources and opportunities they need “to build a good life and a better Bahamas.”

“We will only truly achieve success as a nation when more of us succeed.  This is why I am committed to the redevelopment of Over-the-Hill and to providing training and other opportunities for entrepreneurship for young Bahamians.  This is why I am also committed to Family Island development and to a rebound and renaissance for long-struggling Grand Bahama,” Prime Minister Minnis added.

Prime Minister Minnis, who was named Jones Communications Network’s Person of the Year for 2017, used the opportunity to further explain the path his Administration will take in order to “build a better Bahamas while providing greater opportunities for Bahamians – especially our young people.”

The Prime Minister said his Administration will use the tools of education and the internet to “help our young Bahamians succeed and flourish.”

Recalling the story of the legendary German Printer/Inventor Johannes Gutenberg (Johannes Gensfleisch zur Laden zum Gutenberg his full name) who has been credited with being the first European to use movable type, Prime Minister Minnis said Gutenberg’s introduction of mechanical movable type-printing began the Printing Revolution and is regarded as a milestone of the second millennium, ushering in the modern period of human history.

“Gutenberg played a key role in the development of the Renaissance, Reformation, the Age of Enlightenment and the scientific revolution and laid the material basis for the modern, knowledge-based economy, and the spread of learning to the masses.

“Gutenberg’s accomplishment helped a mass of people to realize their talents and imaginations,” Prime Minister Minnis continued, “this included the great inventor and artist Leonardo da Vinci who had around 300 books in his library.

“Today, the tools that will help our young Bahamians to succeed and flourish are education and the internet,” Prime Minister Minnis added in driving home his point about his Administration’s decision to provide free WiFi to Over-the-Hill communities and the introduction of more technology-based learning in schools.

“The Internet is like the Gutenberg Press, enabling the mass of people to use it for learning and personal development.  The internet is one of the greatest learning tools in human history,” Prime Minister Minnis added.  The Prime Minister said as a “son of Bain Town” he knows the value of education.

“I could never have dreamt of being here to receive such a award. But through education, I was able to develop my talents and gifts.  My commitment is to help our young people realize their talents and gifts so that they can contribute to our Bahamas in a meaningful way.  Who knows from whence will come our own Leonardo da Vinci, or the next Max Taylor, or Brent Malone,” Prime Minister Minnis said.