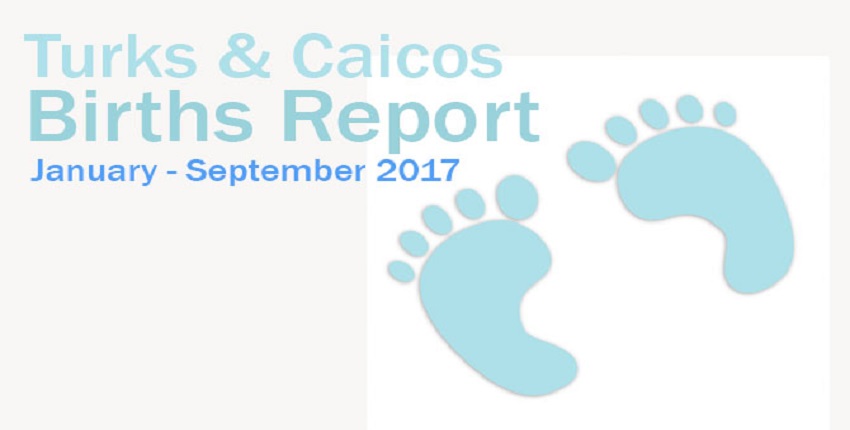 #TurksandCaicos, December 5, 2017 – Providenciales – Haitian women continue to lead births in the Turks and Caicos, and more babies are being born to common law couples that married ones.    The Department of Statistics last week released the births bulletin for the first nine months of 2017 and the record also showed that there is a near 5 per cent increase in babies born in the TCI.

The Turks and Caicos Islands recorded 396 births during the first nine months of 2017, an increase of approximately 4.7 percent when compared to the same period of 2016.   Males accounted for 52 percent of live births and females accounted for 48 percent of live births.   Forty percent (40%) of the births recorded during the period under review were to married women, and births were to women mainly between 30-39.    Fifteen percent of births were to common law type relationships, and 53 percent of babies from January to September were to Haitian mothers, followed by mothers from the TCI (25.8 percent).

This has been the trend for a number of years says the Department.   The figures from the Department of Statistics also gave a tally on deaths.    From January to September, there were 100 deaths occurred within the TCI, representing a staggering 51.5 percent jump over 2016.   The Department noted that the increase in deaths was due to the drowning of Haitian migrants in TCI waters earlier this year.