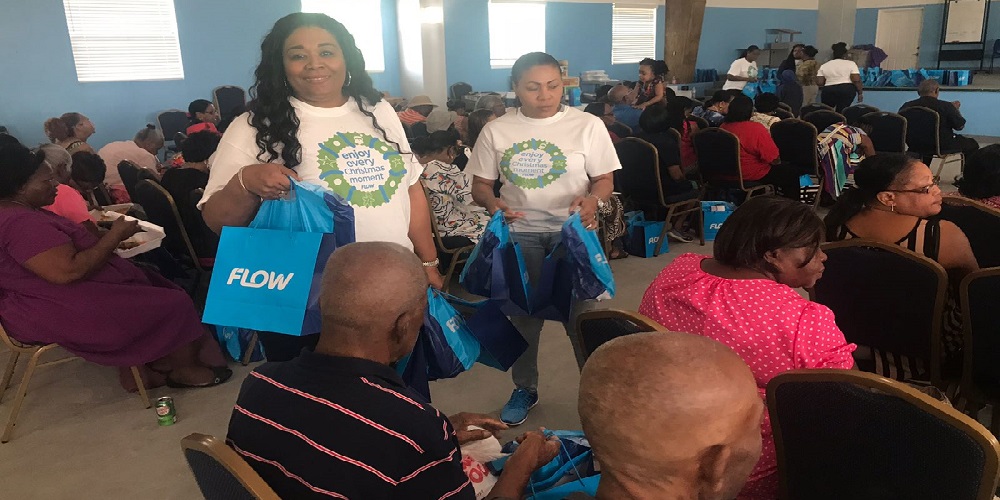 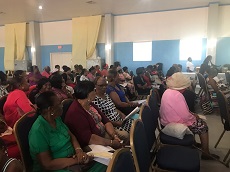 “It is also a joy to spread Christmas cheer to the senior citizens around the islands whose service and life has made a way for all we enjoy today as a people.   We are committed to the Senior Citizens and the community of Grand Turk,” remarked Flow Country Manager, *Delleriece Hall*.

Nearly 100 seniors from the community of Grand Turk in attendance, eager and excited to celebrate another year with Flow as they showed up bearing wonderful organic locally-made gifts, and lots of food and delicacies.

Speaking on behalf of the Senior Citizens Club of Grand Turk, Mrs Melhado said, “I want to commend you all that in spite of all we have been through, you are here today.   I want to take this opportunity to wish you a Merry Christmas!”

Master of Ceremony for the event was Grand Turk native, the beloved Huntley Forbes Jr., creating many smiles with his special sense of humor.

Among performers were 15 year old, student of the HJ Robinson High, Ms Miranda Archibold who rendered a selection on the saxophone, 7 year old Adrian Butterfield rendered a selection in song, the team from Flow,  MC Huntley Forbes Jr, and music by Yellowman and Sons Entertainment.

The tour continued, Dec 13 in North and Middle Caicos.

“Make Your Own Assessment”