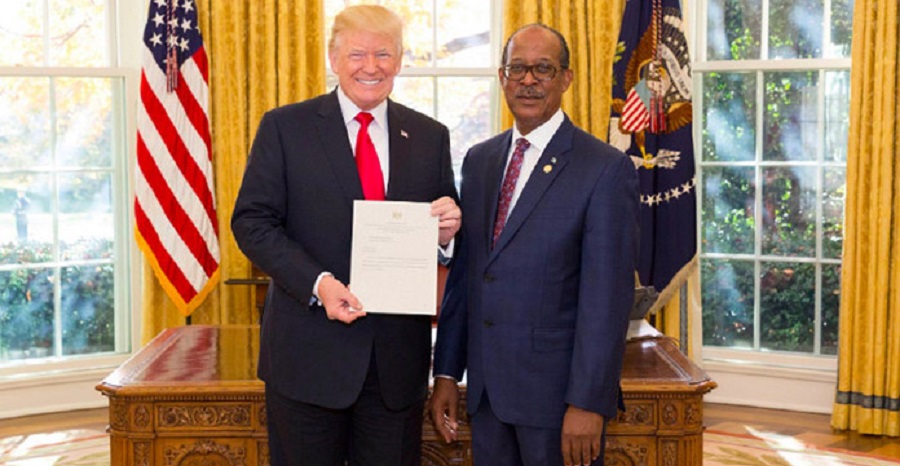 The countries’ close ties were also emphasized by President Trump, who expressed his willingness to work with Ambassador Collie “to advance our common agenda and deepen the very strong relations between our countries”.    Collie also serves as Permanent Representative of The Bahamas to the Organization of American States, headquartered in Washington, D.C.   He previously served as High Commissioner of The Bahamas to the Caribbean Community (CARICOM) from 2009-2012.