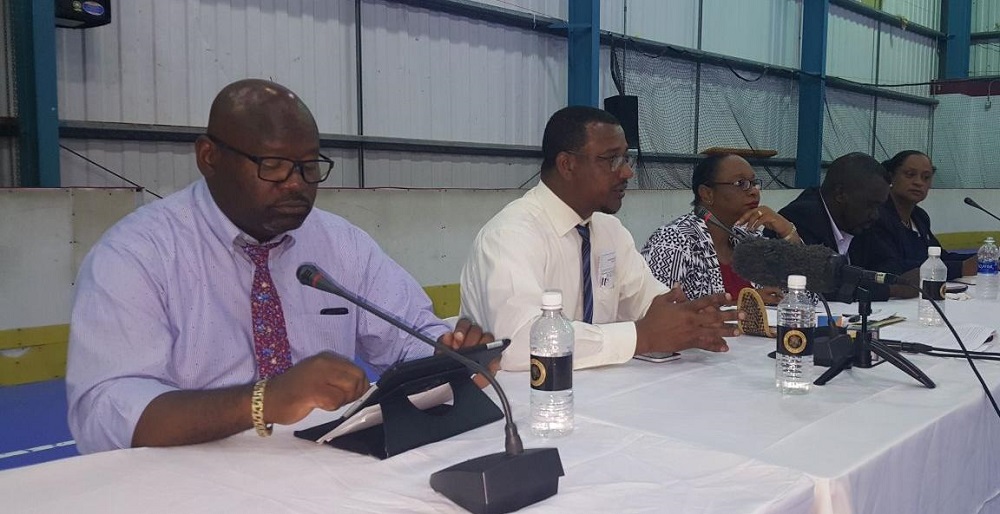 #TurksandCaicos, November 13, 2017 – Providenciales – Turks and Caicos revenue has taken a severe hit according to Premier and Finance Minister Sharlene Robinson; 65% down for September which was the month of Hurricanes Irma and Maria.   At the Public Meeting in Provo on Monday evening it was revealed that a projected $20m in recurrent revenue is dwindled to $7m intake for the month of September instead; representing a 65% decline.   October figures are not yet ready explained Premier Robinson, but they are expected to also reflect a dip.

The TCI will have to borrow next year despite having the stipulated cash reserves in the bank; these reserves were said to be $101m.    This cash reserves money, shared the Premier, is mandatorily saved, allowing the country to have 90 days of operational expenditure on hand at all times.  Still the TCI is in a fragile state; spending dramatically outpacing income.   The remedy?  Immediate streamlining said the leader in the PDM Administration. 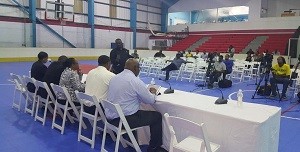 The Premier said Cabinet will tomorrow receive the financial recovery plan and the formula is simple: ‘cut down on Government Expenditure.’   The streamline plan will mean a freeze on government hiring, reprioritizing of the EDF money from the European Union to rebuild schools instead of adding a new one and the shelving of some Capital projects.   Bills to TCIG following Hurricane Irma are already up to $1.2m and the money to pay the invoices will be taken from the Contingency Fund said the Finance Minister.

The Caribbean Disaster Management Agency (CDEMA) report exposed that about 80% of buildings across the country were damaged.  Government had major structural losses and an estimate to rebuild has climbed to over $10m, not including furniture replacement.

The Premier during her presentation said an additional $400,000 came in as a result of the country’s claim following Hurricane Maria from the CCRIF.   In all, over $15m was received from the Caribbean Catastrophe Risk Insurance Facility.

The Turks and Caicos was blessed with £50,000 from the Falkland Islands; three new trucks from Gibraltar; $10,000 from a private company in The Bahamas and a commitment of $200,000 from the Caribbean Development Bank.

There were reports from all Ministers including Education, Tourism, Home Affairs and Infrastructure.  The Border Control and Health ministers were not at the public meeting held at the Graceway Sports Complex.