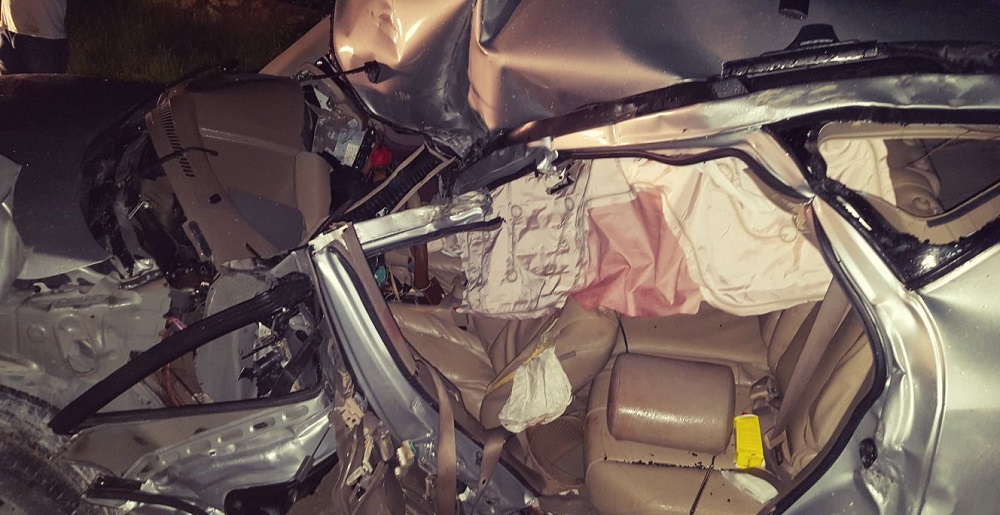 #TurksandCaicos, November 15, 2017 – Providenciales – Traffic Officers of the Royal Turks and Caicos Islands Police Force are investigating a fatal accident that occurred last night (Tuesday 14th November 2017) around 6:18 pm on South Dock Road, Providenciales where a 23-year-old female lone passenger of a Silver Nissan Murano succumbed to injuries after the vehicle collided into a wall.

Investigations are ongoing to determine the circumstances that caused the accident and the exact cause of the death.

The RT&CIPF are appealing for any witnesses to this accident to contact them.

Detectives of the Royal Turks and Caicos Islands Police Force are continuing investigations into a number of reports and have successfully arrested and charged numerous persons.

As a result of investigations, On Thursday 5th October 2017, an 18-year-old male of Providenciales was arrested and charged with two counts of Possession of Cannabis, Handling Stolen Goods, Burglary and Taking Motor Vehicle without Authority.   He was taken to court and is remanded to Her Majesty’s Prison (HMP).

Also on Friday 20th October, a 40 year old male of Grand Turk was arrested and given 30 charges (10 counts of Forgery, 10 counts of Theft of a Chose in action and 10 counts of Uttering Forged document) in connection with reports made on Tuesday 10th October and Thursday 19th October 2017 by two different complainants. He was taken to court and given bail.

On Tuesday 7th November 2017, two males of Providenciales, ages 17 and 22 years old were arrested and charged with Possession of Controlled Drugs namely Cannabis. Both were taken to court and given bail.

A 25-year-old male of Providenciales was arrested and charged with Burglary in connection with a report made on Friday 13th October 2017.   He was taken to court and also given bail.

Two (2) males of Providenciales, ages 22 and 26 years old were arrested for numerous serious offences after a report was made on Tuesday 18th July 2017. On Monday 6th November, The twenty-two year old was arrested and later charged with three (3) counts of kidnapping, two (2) counts of Robbery, three (3) counts of rape, three (3) counts of possession of imitation firearm with intent to cause fear and taking motor vehicle without authority.   He was taken to court and later remanded to Her Majesty’s Prison.   The twenty-six year old was arrested on Thursday 9th October 2017 on suspicion of Robbery, Kidnapping and rape.   He is remanded in police custody for fourteen (14 days) orders of the court.

Also, a 34-year-old male of Providenciales is presently in Police custody after he was arrested on Tuesday 14th November 2017 on suspicion of Robbery and Attempted Murder in connection with a report made on 11th October 2010.

On Friday 10th November 2017, Financial Crimes Detectives arrested a male of Nassau Bahamas for Uttering Forged in connection with a report made on the 4th August 2017.   He is presently on $50,000 police bail.