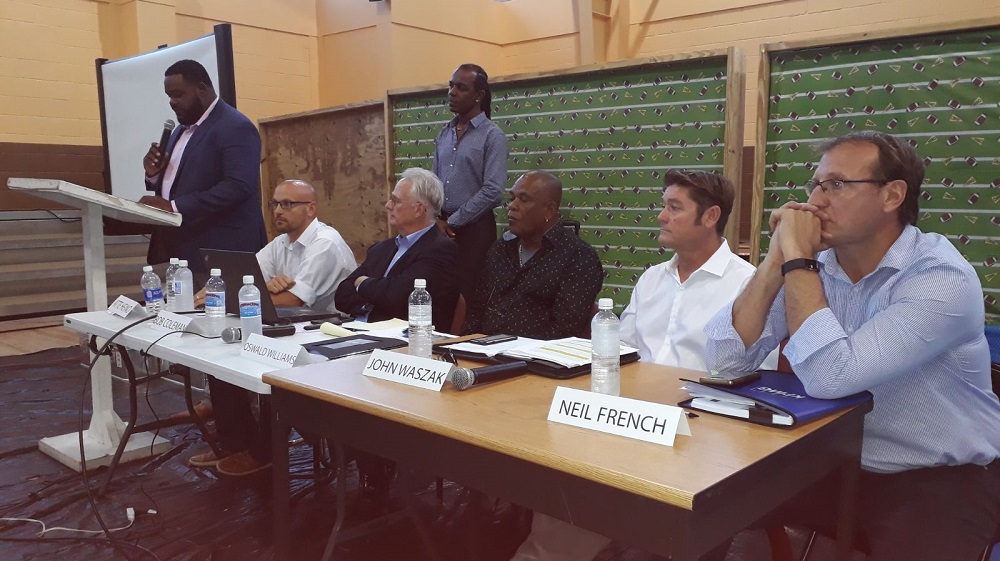 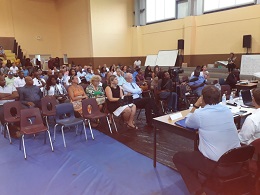 #TurksandCaicos, November 9, 2017 – Providenciales – A panel of five includes well over 100 years (cumulatively) of experience on the Consultancy Team.  Speaking tonight is Oswald Williams of Caribbean Environmental Design Associstes, CEDA which took leading role.   “This is indeed an historic night in the Turks and Caicos Islands as this is the first time where there is such a broad overview in the public consultation process on an EIA.”   A precedent setting case is this one…

Attendees tonight show mixed reactions to this 12 storey project by Desarrollos which will carry the RitzCarlton brand.   Panel seems to not be satisfying many questions and concerns of the attendees.  Questions in some cases more suited to Government and the Developers.

Among concerns: shadow created by 145ft buildings, the priority given to TCI subcontractors, the financial benefit to TCI economy of the project, on the protection to the reef offshore and water safety assurances.   Several have however also voiced agreement for the construction to go forward as it will create jobs, create demand for building supplies and create demand for varying services. 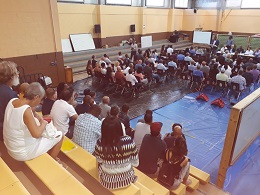 Challenges outlined at the session include are there enough workers, whether workers will be safe enough on site during construction, on time and cost effective deliverability of the project and whether environmental compliances will be upheld.   Already utility companies have confirmed their ability to handle capacity; among them Provo Water Company and FortisTCI which both did so this Summer.

Coolest item tonight is that the Curlytail lizard will be protected as one of two indigenous species resident at the proposed site on Grace Bay Road.

Most concerning; 50% expat labour will need to be imported during construction.