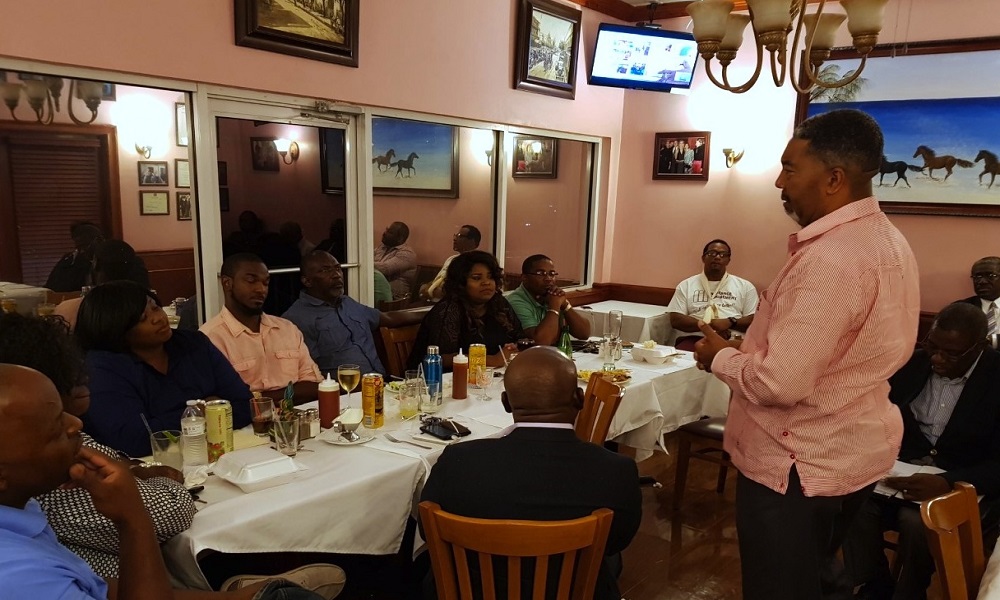 #Bahamas, November 1, 2017 – Grand Bahama – Minister of Transport and Local Government, the Hon. Frankie Campbell, met with Local Government Councilors during his trip to Grand Bahama October 26-27, 2017.   The meeting took the form of a dinner at Maryann’s Restaurant in Freeport.

Minister Campbell told the council leaders that his purpose in meeting with them was to get feedback on their respective constituencies, but mostly to learn from them how to put together a successful local government council.   He noted that Local Government is still something the Government intends to implement in Nassau and, thus, he wanted to “pick their brains” on exactly what works in the establishment of local government.

Once Local Government Councilors shared with the Minister their concerns and challenges, they were more than happy to share their recommendations on the successful establishment of Local Government.