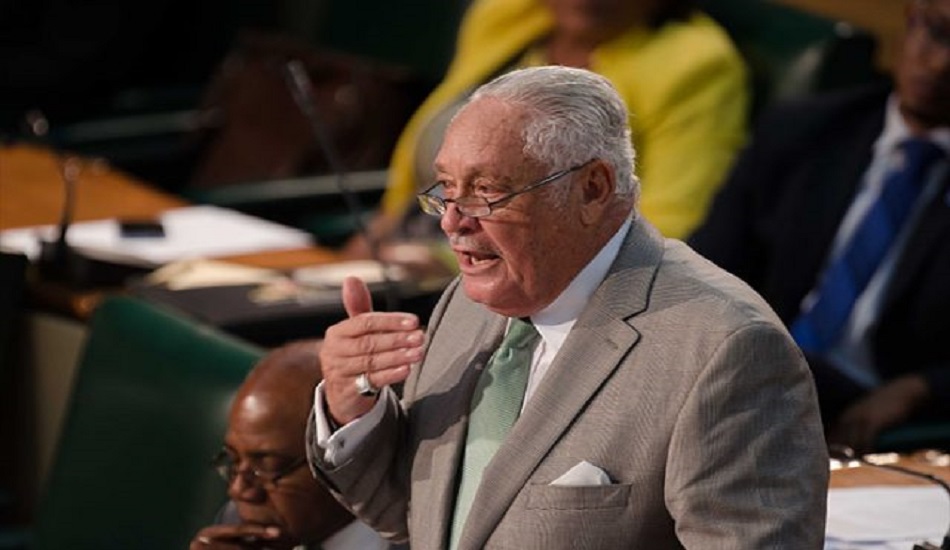 #Jamaica, November 6, 2017 – Kingston – Transport and Mining Minister, Hon. Mike Henry, says the new Road Traffic Act is currently going through changes and adjustments and should be passed in the House of Representatives by the end of the year.

“Right now, we’re completing the dotting of the ‘i’s and crossing of the ‘t’s. It contains minor things that we have to adjust, but I can confirm, from the Ministry’s point of view, that we will be ready by the end of the year,” he said.

The Minister was speaking at a breakfast function hosted by the Project Management Institute Jamaica Chapter (PMIJC), at The Knutsford Court Hotel in New Kingston on November 2.   Mr. Henry said he is hoping that road fatalities will remain below 300 by the end of this year.    As at October 31, the figure was 272, some 49 less than the 321 deaths for the similar period last year.

“I really hope that we can maintain that, to be able to say we have achieved under 300. One death is too many anyway. The reality is that I think we’re getting some response from the public,” Mr. Henry said.

The Minister hailed Jamaicans who continue to drive with care on the nation’s roads.   Among the features of the new Road Traffic Act are a restriction on handheld devices and a requirement for drivers to have a licence in their possession while operating a vehicle.   Fines for breaches will also be increased.

Meanwhile, PMIJC President, Arvette Henry, noted that the subject of project management is an integral part of local companies in Jamaica, “because those companies practising it are able to see faster and better results”.

During the awards segment, leading provider of information technology products, Fujitsu Caribbean Jamaica Limited, was awarded Project Management Organisation of the Year.    The company won for their project of providing high-performance computing solutions for the Mona Campus of the University of the West Indies (UWI).

“The project that we put forward this year sought to improve the computing capacity of the climate control division of the UWI. In their data centre, they had challenges in predicting and monitoring what different climatic and seismic events occur,” said Project Manager of Fujitsu Caribbean, Nicola Denniser.

Seprod Limited received the silver award for their Irrigation in Agriculture Project, while Digicel Jamaica Limited won the bronze award for outfitting the St. William Grant Park with WI-FI hotpots.   Held under the theme ‘Change Management, Maintaining Consistency during Uncertainty’, the event was organised to observe International Project Management Day 2017 as well as to present the awards to the Project Management Organisation of the Year.

The PMI, a global organisation with more than 250 chapters and 500,000 members, is set up to advance the practice, science and profession of project management worldwide.   The PMIJC is one of two chapters in the English-speaking Caribbean, and has been operating continuously for 15 years.