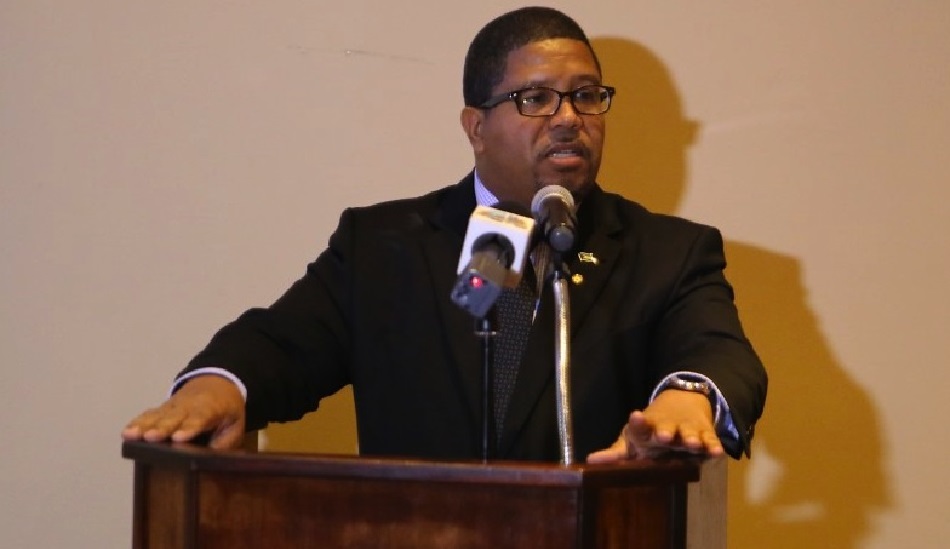 #Bahamas, November 3, 2017 – Nassau – Deputy Prime Minister and Minister of Finance the Hon. Peter Turnquest said the issue of land is generally a very emotive one in The Bahamas.

During the 2017 Bahamas Association of Land Surveyors Conference at the British Colonial Hilton, Thursday, November 2, 2017, DPM Turnquest explained that in New Providence, the issue mainly concerns boundary lines and ownership, whereas in the Family Islands, having land represents a sense of family pride, social standing or wealth and opportunity.

“The current system of land ownership and registration is unhelpful however and retards the realization of that wealth and opportunity that we must change.”

He explained that this current Government Administration was committed to rectifying this situation before winning the 2017 General Elections as noted in its 2017 Campaign Manifesto.

“We indicated that we will continue the regularization of unauthorized occupation of Crown Land and to grant Crown Land to those deserving Bahamians who intend to be there, develop it for commercial purposes or for residential purposes, particularly to encourage migration back to the Family Islands and to help develop their economies.

DPM Turnquest said, “This approach will include accruements in the way land is recorded and titled rights are passed, to the introduction of land adjudication programs and the settlement of the vexing issues of Generation and Crown Land Grants.”

He noted that there have been legendary land surveyors who have played significant roles in the development of the country.

“Unfortunately, there have also been those that are not as ethical as we would like to see in the profession; some lacking professional integrity and those lacking prerequisite professional training and skill, but yet placing themselves on unsuspecting citizens resulting in loss of millions of dollars and loss of opportunities.”

He said the conference was necessary to help to once again sensitize the surveyors to the need for professional integrity and to remind them of the importance of the work that they do and the consequences of not behaving in a manner that is so vital to the proper management of land or to the protection of property rights.