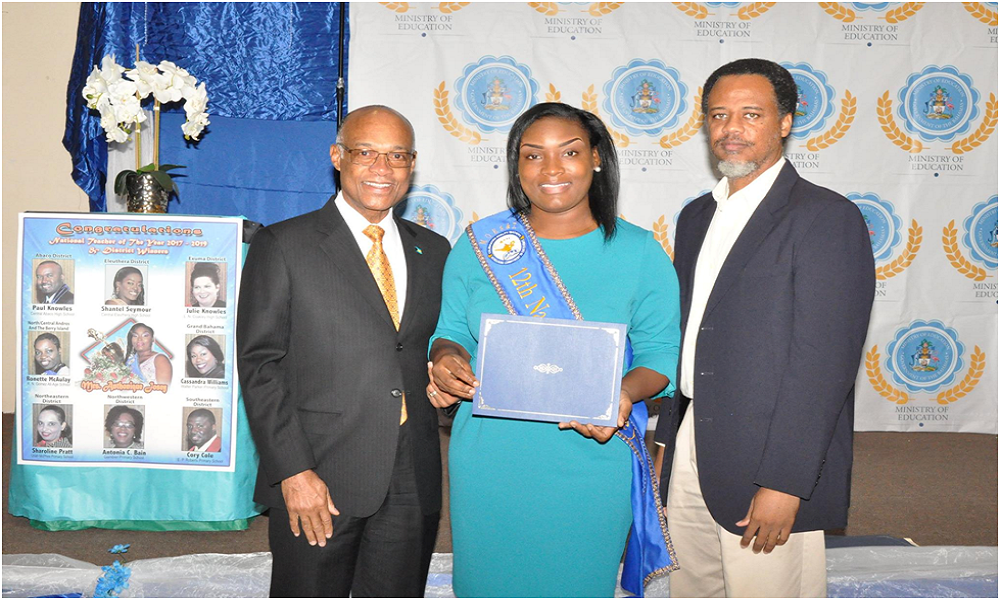 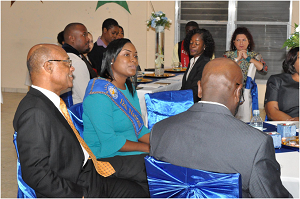 In his speech to the Teacher of the Year District Winners, the Honorable Jeffrey Lloyd outlined many of the challenges faced by teachers daily.   He acknowledged, “Today a teacher has to be it all: parent, nurse, doctor, counselor…”  He went on to say that teachers also have to deal with “difficult parents,” who in many cases are young and inexperienced.   He stated also that on top of that, teachers, in addition to having their own financial challenges, have to “dip into their own resources to fill their teaching needs and the needs of their children.”  He indicated that this practice seems to be getting worse, and advised that politicians need to stop merely talking and start doing more, including paying teachers monies that are owed to them and supplying the needs of the various schools, so that teachers don’t have to use personal resources.

Additionally, Acting Director of Education Mr. Marcellus Taylor in his remarks, asserted that, “The three most difficult phrases for people to say are: “I’m sorry”, “I was wrong” and “Thank you.”   He maintained that this is a wonderful opportunity for the Ministry to say “Thank-you” to these Teachers of the Year; an extraordinary group of teachers who go even further above and beyond the call of duty than the norm.   He went on to express appreciation and gratitude to them for their many sacrifices. 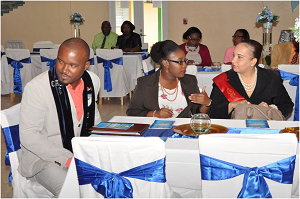 The National Teacher of the Year for 2017-2019, Antonique Josey, talked about her challenges as a teacher. She recalled the sleepless nights, the hard-work, and the grueling interview that preceded her being chosen for the privileged position. However, she avowed that it has all been worth it.

District winners got the opportunity to mingle and socialize with each other during the luncheon, with Ministry officials, and with TOY Committee members. The District winners were pleasantly surprised at the honor bestowed upon them. This is the first event of its kind, and because of its success, the committee is hoping to include it as one of their established biennial TOY events.

1st insert: The Minister of Education, The Hon. Jeffrey Lloyd, interrelating with some of the Teacher of the Year District Winners [Photo credit: Edgar Arnette].

2nd insert: Teacher of the Year District winners enjoying a moment at the “thank-you reception” held in their honor [Photo credit: Edgar Arnette].