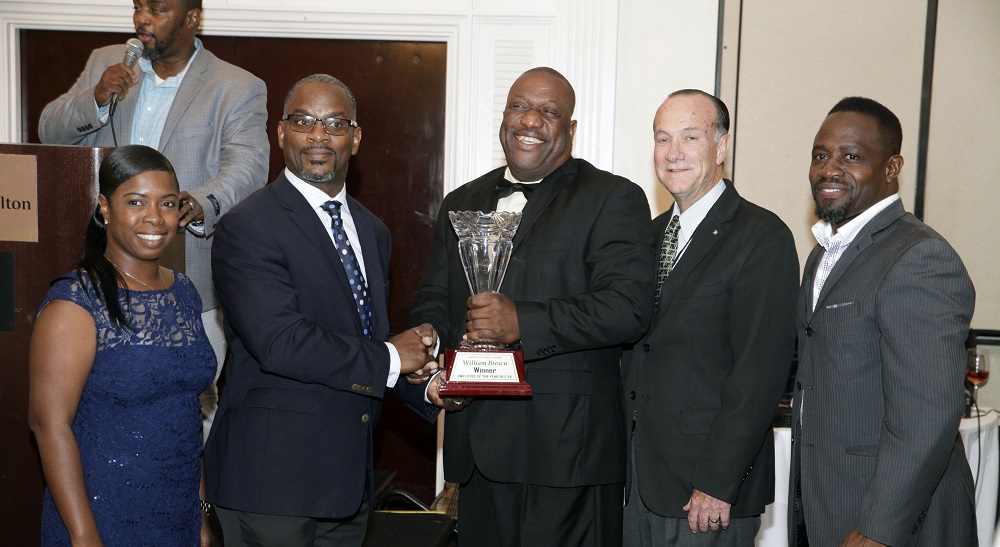 #Bahamas, October 4, 2017 – Nassau – William Brown is the 2017 Employee of the Year at the Ministry of Public Works.   A clerk in the Architectural Section, he was selected from among 18 nominees who were celebrated during an Employee of the Year Awards Luncheon at the British Colonial Hilton, September 29, 2017.

Mr. Brown has been in the Public Service since 1995 and is described by his supervisor as an “officer who is always willing to perform his duties whether conditions are favorable or unfavorable.” 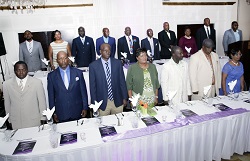 In the keynote address, the Hon. Desmond Bannister, Minister of Public Works, described the nominees as “champions” who were being recognized for their commitment and standard of professionalism.   He said public service is too often a “thankless” setting and used the opportunity to express gratitude to the nominees on behalf of himself, the Government and the Bahamian people.

“You have made service your career very often sacrificing time, energies that would have gone into family and for that we say thank you to families who equally deserve credit.”

Parliamentary Secretary in the Ministry of Works, Iram Lewis, told the honorees that they are all winners and there is no greater honor than to be recognized by one’s colleagues.   Colin Higgs, Permanent Secretary, urged the employees to continue to bring value to the Ministry and to strive for excellence. He said success depends on everyone in the Ministry.

Among the honorees were mother and son, Sandra Rolle and Orlando Strachan, who won fourth and fifth place respectively; Edgar Fernander, third place; Dion Robinson, second place; and Thomas Frazier, first-runner up. They received trophies and other awards.

Header photo: Nominees for 2017 Employee of the Year Award at the Ministry of Works.  (BIS Photo/Derek Smith)