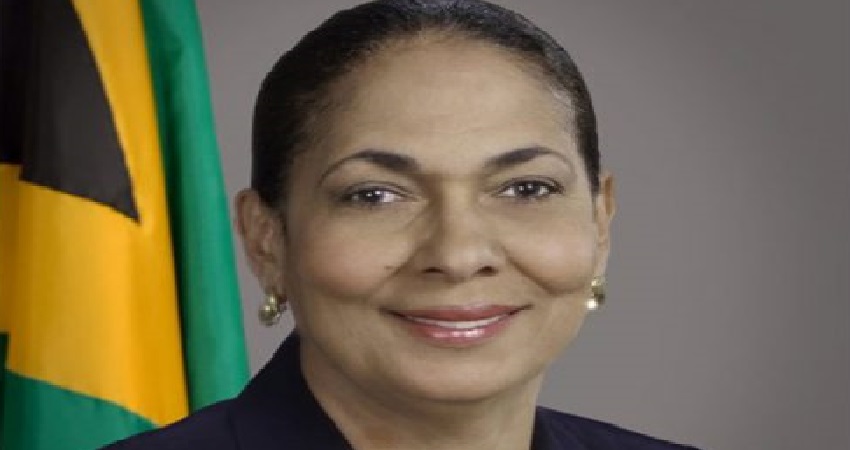 #Jamaica, October 28, 2017 – Kingston – Seventeen tertiary-level students who are on the Programme of Advancement Through Health and Education (PATH) have been awarded scholarships totaling $15 million by the Ministry of Labour and Social Security.  They were awarded by Minister of Labour and Social Security, Hon. Shahine Robinson, at the PATH 15th Anniversary Scholarship Awards Ceremony held on October 27 at the Mona Visitors’ Lodge in St. Andrew.

The Minister said she is pleased to award the youth for their outstanding achievements amidst the odds they have faced.

“I offer my sincere congratulations to these outstanding PATH scholars, some of whom are the first in their families to attend a university, but are now enrolled in medicine and surgery, civil engineering, pure and applied chemistry, electrical power engineering, accounting, actuarial science, plant biology, science and law programmes,” she said.

All 17 students had been recipients of PATH benefits for at least three years of secondary school, have attained grade-one passes in at least eight Caribbean Secondary Education Certificate (CSEC) subjects, including Mathematics and English, and a grade point average of at least 2.5 if they have started a university degree programme.

“These awards are being given in recognition of your hard work and achievements.   You are being given an opportunity to realize your dreams. Additionally, you are being prepared to be our future leaders.  It is important that we invest in our young people, as it is incumbent on us to lay the foundation for a better society, and what better way to do so than through the advancement of our young people,” the Minister said.

Mrs. Robinson said she is pleased that PATH has continued this awards programme 15 years after it started, with the main beneficiaries being underprivileged youth who are aspiring for greatness.

“I am truly heartened by the strides made by PATH in helping over 350,000 vulnerable Jamaicans each year, inclusive of children, senior citizens, pregnant and lactating mothers, as well as persons with disabilities,” the Minister added.

She said that the Ministry of Labour and Social Security remains committed to hosting PATH’s annual Anniversary Scholarship Awards Ceremony.

“This Administration is committed to continued investment in the programme, so that poor and vulnerable families can be given the opportunity to be emancipated from dependence on welfare to a position of self-reliance and sustainable livelihoods.   We recognize that by empowering the nation’s youth and developing human capital, we will help to shape a better life for all Jamaicans,” the Minister said.

Some 70 students applied for the PATH tertiary-level scholarships; 19 were shortlisted for interviews and 17 were awarded. Each awardee is expected to give 40 hours of voluntary service to outreach projects, and they will have to submit a progress report at the end of each academic year.

PATH is an initiative of the Government with support from donor partners, such as the World Bank, the Inter-American Development Bank and other multilateral and bilateral agencies.   The programme is aimed at delivering benefits by way of cash grants to the poorest and most vulnerable persons in the society.