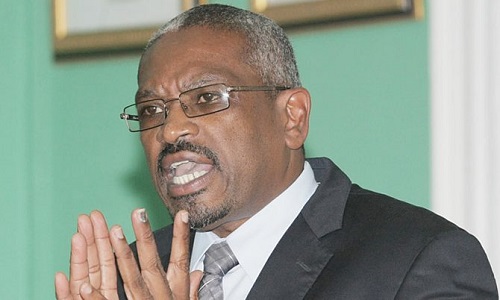 #Bahamas, October 12, 2017 – Nassau – The Minnis Administration is resolute in bringing fiscal discipline and order to public finances, as such discipline and order are required to forestall any possible dire economic consequences that can cripple growth and the longer-term prospects for the country.

“If we do not get our economic house in order, the foundation and the house are at risk of collapse,” Prime Minister, Dr. the Hon. Hubert A. Minnis told Parliament Wednesday (October 11).

“Our vision is the ongoing development and transformation of our economy through creating wealth opportunity for more Bahamians; diversification within tourism and the boosting of new and other industries; and through the reform of public finances and the public sector.”

Prime Minister Minnis said the government has developed a number of strategies to achieve their goals.   These include the establishment of an Economic Council of The Bahamas which, the Prime Minister said, is providing advice on job creation and growth “which are critical to economic recovery.”

An Ease of Doing Business Committee has also been appointed.  Its mandate is to make specific recommendations to make it easier to do business in the country for Bahamians and foreign investors.

“The previous five years was the worst period of governance in the modern Bahamas,” Prime Minister Minnis charged.   “This Administration is reigning in public expenditure in order to provide for long-term growth and economic stability.”

The seven-point plan includes economic development, transformation and diversification; bolstering national security, including combating crime and its causes as well as illegal migration; advancing democracy, good governance and freedom through government and political reform and social development, inclusive of education, healthcare, housing, child, youth and community development and other elements of social well-being.

Individual citizens and residents, have a role to play in the plans outlined for national development going forward, the Prime Minister said.

“Development does not solely refer to public infrastructure and economic growth, though both are essential for national development,” Prime Minister Minnis said.   “Development also refers to the cultural and social habits (that) help to make a country successful and well-run.

“These habits include a population committed to education and learning; the rule of law; an efficient and effective public sector; the development of the arts and culture; a commitment to civility and public cleanliness, and the cultivation of values such as working together for the common good and social justice and tolerance for, and the celebration of, diversity.

“Law and order are as essential for development,” Prime Minister Minnis continued, “Moreover, when we ignore or disrespect law and order in small things, we tend to adopt this attitude with the bigger things.”