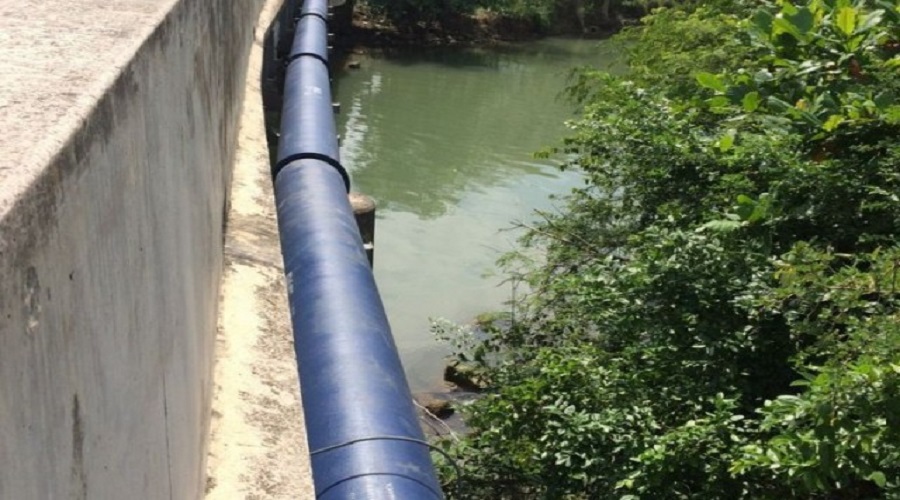 #Jamaica, October 5, 2017 – Kingston – Several development projects and strategies are being undertaken by agencies of Government and the Clarendon Municipal Corporation to improve access to water for the 246,000 citizens of the parish.  Less than two months ago, Prime Minister, the Most Hon. Andrew Holness, commissioned the Palmetto Pen/Breadnut Bottom/Rosewell Water Supply Project into service, bringing the commodity into some homes for the first time in 30 years.

A joint venture between the National Water Commission (NWC) and the Rural Water Supply Limited (RWSL), the project was completed at a cost of $38 million, representing savings of $12 million to the NWC on the original cost.  The works involved installation of 3.4 kilometres of pipelines, service laterals and reinstatement of pipeline trenches.

The RWSL, which has been mandated to provide water solutions to communities not covered by the NWC, is constructing a pump station, which will form part of the Southern Clarendon Water Supply Scheme Phase 2, and will serve the communities of Portland Cottage, Shearer Heights and much of Lionel Town.   Director of the RWSL, Audley Thompson, says the pump station is slated for completion during the current financial year.

Phase one of the project included rehabilitation of an existing pumping station as well as the installation of two new vertical turbine pumps, fencing, operators’ amenities and a pumping main.   The supply scheme was designed to serve approximately 17,000 residents, and provisions were made to serve an additional 5,000 residents, in the event of a population growth.   The Managing Director further points to the development of a well in the New Bowens area, which, he notes, allows for service to the nearby Longville Park housing scheme.

In the meantime, the Clarendon Municipal Corporation is looking to find more sustainable methods to address the parish’s water problems by identifying and developing as many community-based sources as possible.   These sources, which include springs and rivers, will have to be assessed by experts from the NWC and RWSL to determine their viability.

Mayor of May Pen, Winston Maragh, says two potential water sources have been identified in Frankfield and Brandon Hill.

“We are going to make sure that the people of Brandon Hill and surrounding communities get water from the sources,” he assures.

Mayor Maragh notes, further, that the Corporation is “far advanced” in sourcing funds for a water project in Thompson Town that will serve over 300 residents.  Meanwhile, more than 1,000 persons from Pennants are to benefit from a $10-million water shop.

The complex, which comprises eight 1,000-gallon water tanks plus administrative offices, is set to open shortly, providing residents with reliable access to water.   Persons will receive three months’ free service, after which a cost will apply.   The facility has capacity for development to serve more than 5,000 persons.

The water-shop concept will see facilities being established island-wide to dramatically improve the availability of potable water for residents in communities and regions of the island usually affected by drought.

Minister without Portfolio in the Ministry of Economic Growth and Job Creation, Hon. Dr. Horace Chang, says the provision of potable water is part of a “critical mission” being pursued by the Administration under instructions from the Prime Minister.   He informs that funding is being finalised in order to bring the commodity to all Jamaicans, including those in remote sections of the island.

“We will move access to potable water from 55 per cent to near 85 per cent. All Jamaica will have good quality water supply,” the Minister says, noting that in some communities, water-harvesting systems will have to be utilized.

Under the Palmetto Pen/Breadnut Bottom/Rosewell Water Supply project, the Rosewell Primary School benefited from a new drinking/hand-wash station, and refurbishing of its sanitary facilities.