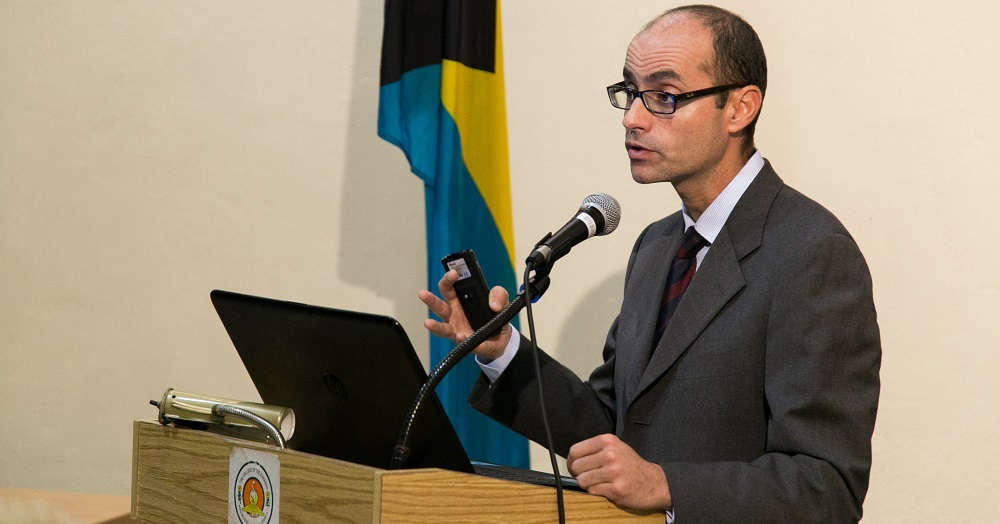 #Bahamas, October 13, 2017 – Nassau – For anyone who has ever stepped on a scale and wished they hadn’t, the prospect of going under a gentle knife and coming out thinner seems almost too good to be true. And for many, it has made a difference in their lives they say they only dreamed about.   But bariatric surgery – the clinical name for weight loss surgery – involves other lifestyle changes and while it is likely to have long-term benefits for those who are willing to make such changes, it is not a panacea for all.   So says Dr. Emanuele Lo Menzo, bariatric surgeon, Associate Professor of Surgery and Director of the Department of Research at Cleveland Clinic Florida.

Dr. Lo Menzo was in The Bahamas last week to address medical professionals during the annual Research Day symposium organized by the University of the West Indies School of Clinical Medicine and Research.   In keeping with the theme of this year’s event, “Weight Challenges in The Bahamas, Are We the Biggest Losers?” the South Florida doctor who has performed more than 1,000 surgeries was very clear – as glamorous as it seems to go from obese to slender without all the hard work of eating right and exercising for extended periods of time, weight loss surgery is not for everyone.   It is more effective with younger to middle age patients, less so with extremely obese, older patients, he said, quoting a 7-year study by the Veterans Administration that resulted in the senior citizen findings.

Responsible surgeons will only perform bariatric surgery in non-critical cases when patients demonstrate that they are willing to make the other lifestyle adjustments necessary.   Most notably, he told practitioners, bariatric surgery, which works by reducing the size of the stomach either by removing a portion of it or by placing a gastric band around it, is about far more than glamour.   The surgery can greatly improve overall health and boost longevity.

“Long-term studies show the procedures cause significant long-term loss of weight, recovery from diabetes, improvement in cardiovascular risk factors and a mortality reduction from 40% to 23%.   However, a study in Veterans Affairs patients has found no survival benefit associated with bariatric surgery among older, severely obese people when compared with usual care, at least out to seven years,” said Dr. Lo Menzo, author of more than 85 peer-reviewed manuscripts, 25 book chapters and over 200 abstracts. 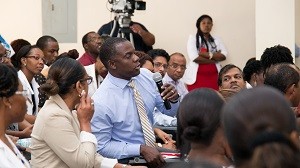 The U.S. National Institutes of Health recommends bariatric surgery, he said, for people with a body mass index (BMI) of at least 40 unless the individual is suffering from diabetes in which case the BMI ratio indicating surgery recommended could be reduced to 35.   That figure is undergoing consideration of even further reduction in cases where other life-threatening conditions exist.

Medical professionals like Dr. Lo Menzo are increasingly concerned about the impact of obesity on non-communicable, preventable diseases like diabetes and cardiovascular conditions including heart disease, stroke and hypertension.    Some cases of kidney disease and cancer may also be linked to obesity.

According to Dr. Duane Sands, Minister of Health, 79.2% of the Bahamian population is either overweight or obese. And Dr. Robin Roberts, the Director of the University of the West Indies School of Clinical Medicine and Research, believes there is no weightier issue facing the future of The Bahamas.

“No health care malady presents a greater burden in our population than obesity,” Dr. Roberts said in his Research Day remarks.

Obesity is no longer considered “someone’s fault,” but is recognized as a disease just as alcoholism and drug addiction are, said Dr. Lo Menzo.   The one piece of advice he wanted medical practitioners to take with them – when recommending bariatric surgery, refer patients to those surgeons and institutions with extensive and well-documented experience.   TV news reports have alerted viewers to what can happen and does happen all too often when someone searching for a quick fix, better body takes a chance with an unqualified person.

Cleveland Clinic Florida with more than 240 doctors representing over 40 specialties is the highest- ranking medical facility in Broward County with two of its specialties earning highest ranking nationally.   It is a favourite among Bahamians who make up the largest number of persons seeking medical services at the Weston, Florida facility from anywhere in the region.