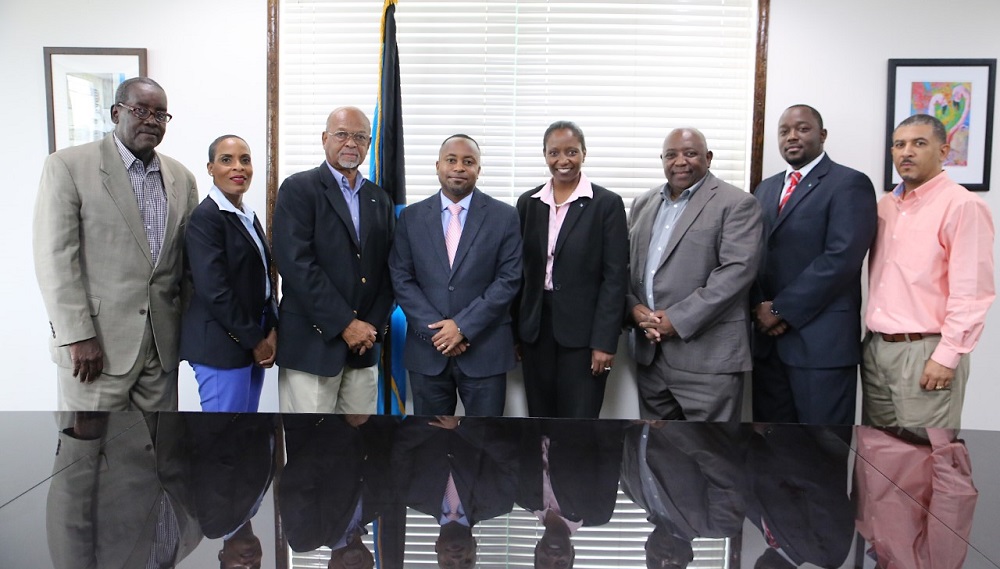 #Bahamas, October 20, 2017 – Grand Bahama – CELEBRATING 40 YEARS: Executives from the Broadcasting Corporation of The Bahamas (ZNS) paid a courtesy call on the Minister of State for Grand Bahama, Senator Kwasi Thompson on Thursday, October 19, 2017 at the Office of The Prime Minister.    The courtesy call was part of the Corporation’s 40th Anniversary recognition, which has been celebrated the entire week.