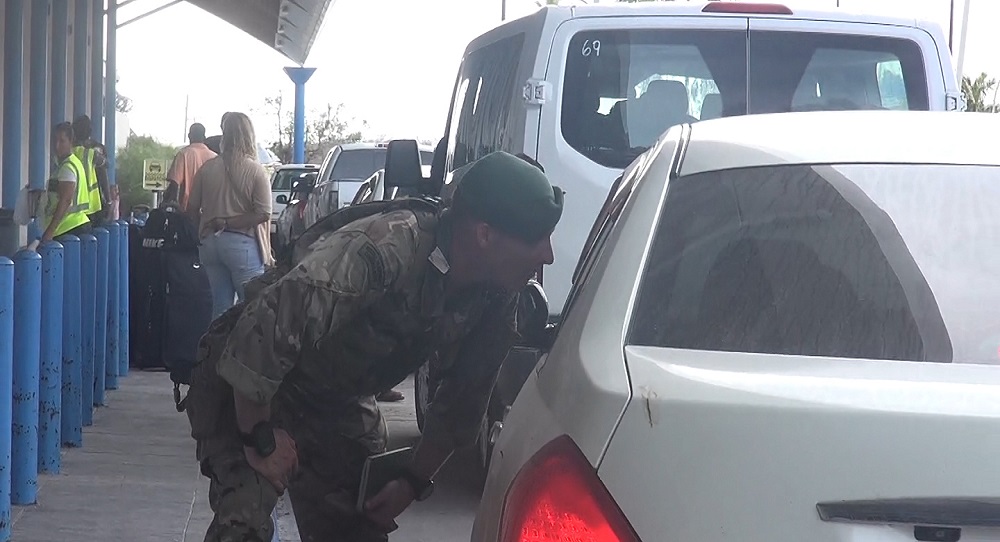 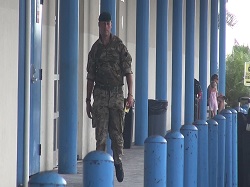 #TurksandCaiocos, September 12, 2017 -Providenciales – Law and Order will be kept in the Turks and Caicos thanks to a team of Royal Marine Commandoes who will join the Turks and Caicos Islands police in patrolling, protecting and engineering.  Commissioner of Police James Smith reported to the nation that the Commandoes can assist with assessments, communications and medications.    The Commissioner is advising residents not to become alarmed by the presence of the military men, that they are here to help and are actually bolstering the manpower of the TCI Police by augmenting numbers of officers available to make the rounds and keep the peace.

Airline companies will be coming in now that the Providenciales International Airport is open and fully operational since Monday at 11am.   Air Canada was not the first on the ground but first to depart the reopened airport facility which suffered at least flooding during the category five hurricane.    We spoke to Stephane Meneles of Caicos Express Airways who shared that some of their fleet was flown out to Jamaica for safety and were on Monday, en route home to restart service to their half a dozen destinations.   The rapid reopening of the country’s gateway was hailed as a major stride by country leaders.

Beaches Resort Villages and Spa will have to close down for massive repairs following the horrible effects of Hurricane Irma.  Chairman of Sandals Resorts International, Gordon ‘Butch’ Stewart flew in since Sunday to personally assess the situation at the sprawling resort property.   It is bad and it is unclear at this stage how long the resort, the country’s largest employer in the private sector will be closed and how many of its 1,850 staffers it will impact.    The Premier had said that she was due to meet with resorts and hotels today for a proper update on the country’s leading industry and its bounce back plan.