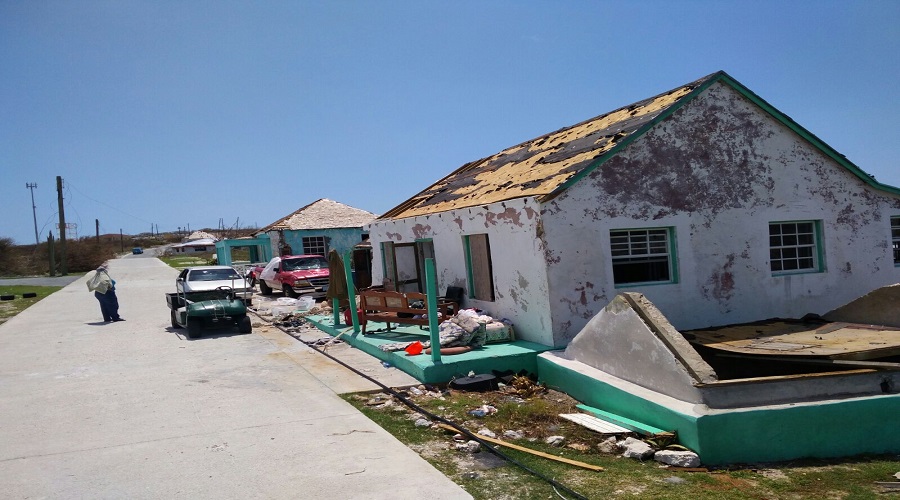 Prime Minister, Dr. the Hon. Hubert A. Minnis, said the Government of The Bahamas is “committed” to restoring public infrastructure and providing social services where needed in the impacted areas.

Prime Minister Minnis reported (in the House of Assembly, Wednesday, September 27, 2017) that Bahamas Power and Light had informed the Government that repairs have been completed in Acklins, Mayaguana, Crooked Island, Andros and Bimini while officials at the Bahamas Telecommunications Company (BTC) are reporting that broadband services throughout The Bahamas have been restored with some exceptions.

Broadband services have been restored at Mortimer’s, Long Island, except for intermittent degraded services. Reports indicate, however, that replacement equipment has already been shipped to, and is onsite in, Long Island with full restoration scheduled.

Meanwhile, officials at the Water and Sewerage Corporation report that the only major damage to its assets in the storm-impacted areas was to the Ragged Island Desalination Plant.   A temporary plant was installed on Monday, September 25, 2017.   The permanent plant is being refurbished and is scheduled to be in operation by the end of October.

Water infrastructure is operable in all districts and the corporation is working towards ensuring that all islands are equipped with standby generators.  Simultaneously, several key government agencies have been engaged in the “large-scale, clean-up” of Ragged Island – including the disposal of the rotting carcasses of dead animals, which could have posed significant public health hazards for the residents who remained on the island.

The teams comprise marines from the Royal Bahamas Defence Force, along with personnel from the Ministry of Health and other government agencies, who are clearing a path for teams from BTC and BPL to restore the basic utilities that are required for the long-term restoration of the island.

Prime Minister Minnis has promised to transform Ragged Island into a model for sustainable community by rebuilding it into the first “fully green island in the region.”   The Prime Minister said this will be accomplished through the use renewable energy and smart technologies from solar energy, to sustainable water purification systems.

“Out of the devastation and the destruction, a new Ragged Island will emerge including stronger building codes, improved zoning, and strategies to mitigate against Climate Change and rising sea levels,” Prime Minister Minnis pledged.