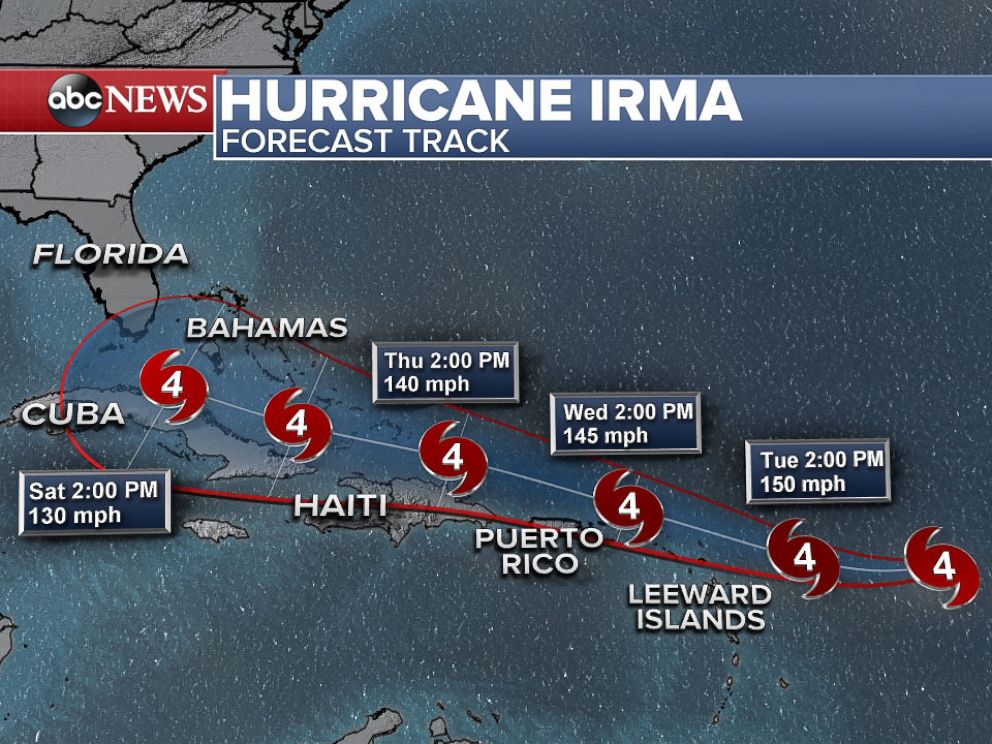 BREAKING: Hurricane Irma is now being deemed the strongest hurricane on record in the Atlantic, outside of the Gulf of Mexico and the Caribbean. According to the National Hurricane Met office, with winds at 186mph, Hurricane Irma is only five away from being the most powerful hurricane in recorded history.

So what does that mean for the Caribbean? Presently, Hurricane Irma is moving west at 14 miles per hour, and is just about 225miles from Antigua and Barbuda. As a result, the V.C Bird International Airport in Antigua will be officially closed at 4pm today. The islands are currently experiencing heavy rain and winds. Additionally British Airways have cancelled all flights to the Caribbean, though Irma has not hit as yet.

Next in line to be affected is potentially Puerto Rico. As such, the locals there have been advised to prepare for blackouts when the storm hits. The Puerto Rican power compan revealed that Hurricane Irma could possibly leave some areas without electricity for about a week and others as far as four to six months.

Both Puerto Rico and the U.S. Virgin Islands are expected to experience 4 to 10 inches (10-25 centimeters) of rain and winds of 40-50 mph with gusts of up to 75 mph. According to Carlos Anselmi, a meteorologist in San Juan, “Puerto Rico has not seen a hurricane of this magnitude in almost 100 years.”

Hurricane Irma continues to be an extremely dangerous hurricane and is moving closer to the Leeward Islands. Consequently, a hurricane warning remains in effect for other islands as well. These include, Anguilla, Montserrat, St. Kitts & Nevis, St. Martin, Saba, St. Eustatius, St. Maarten and St. Barts. Florida has also declared a state of emergency.

The National Weather Service (NWS) says Hurricane Irma is so powerful it is being picked up on scales used for measuring earthquakes.

Minister of Transport Launches Back to School/Road Safety Initiative