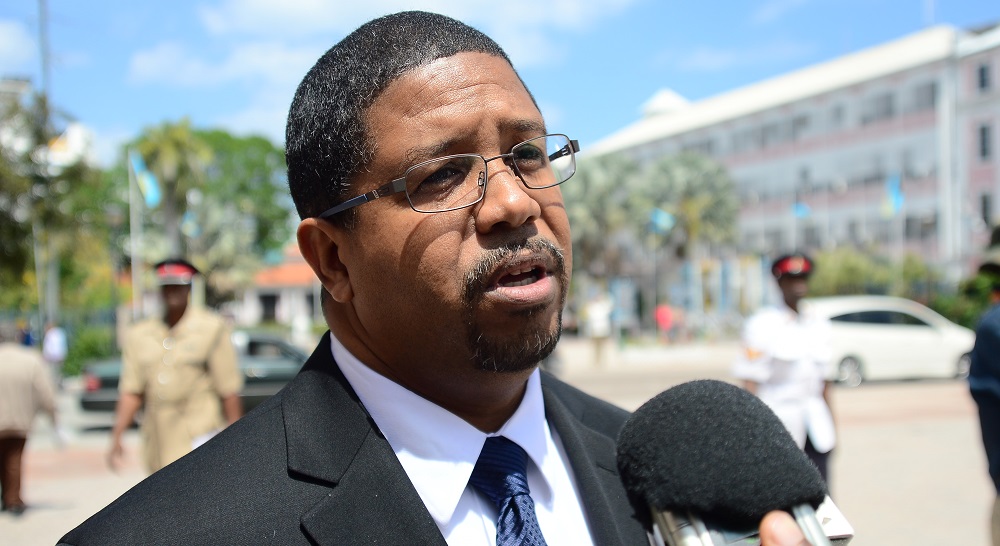 “Appropriate in the sense that for me and the government it is important to break barriers by streamlining and – where necessary – eliminating government bureaucracy in order to progress or move forward and achieve economic well-being.

“And timely, in the sense that it is my administration’s goal to create a modern Bahamas by promoting success through improving the public and private mechanisms that support business access to capital and expertise,” DPM Turnquest said at the Forum in Eleuthera, Thursday, September 21, 2017.

“It is indeed that in recognition of these facts that the Government views as one of its roles, providing an environment that would facilitate the full participation of Bahamians in the local economy.”

He added that a government’s ability to facilitate businesses, which is the ease of doing business, is directly correlated to its Gross Domestic Product.   The DPM said in the World Bank’s 2017 Doing Business ranking, the Bahamas stands at the 122nd place in a list of 190 nations.    He noted that it is a dismal ranking for a country like The Bahamas with such opportunity, talent and potential.

“This report and other reports of a similar nature provide potential investors with information on the efficiency of the countries’ institutions in starting and closing businesses, issuing licences, labour relations, property rights, credit policies, exchange control restrictions, and enforcing legal rights.”

He added that these publications also serve as a guide to countries in improving their own investment climate and competitiveness.

“For The Bahamas perhaps it is that we had become complacent, assuming that our investment climate was the best in the region given our relative success in attracting foreign investment and maintaining a stable economy.

“But the truth is that – and as all of you who run a business would know – we need to do better and we must do better. We have to accept that in many areas urgent improvement is needed.”

DPM Turnquest explained that according to the International Monetary Fund World Outlook, The Bahamas is forecasted to grow by 1.75 per cent in 2017 and 2.5 per cent in 2018.   He said, however, that growth will not happen and be sustained if the government does not do its part in breaking barriers and promoting success.

“In fact a country cannot progress without undertaking the reforms that lead to better business conditions. These reforms are critical to achieve better living standards, moderate inflation, low-inflation uncertainty and high-growth rate.”

The DPM explained that employing the principles of sound macroeconomic management such as small deficits, manageable government debt, increased investment both domestic and foreign, an improved business environment, stronger infrastructure, and a more educated, sophisticated workforce is necessary for the country to sustain high growth and to become strong.

He said in various ways and to varying degrees, these mechanisms have had some success.

“However, we recognize that we need to update the facilities that exist to aid small businesses and Bahamian businesses generally.  And we need to consolidate and improve access to these mechanisms so that Bahamian entrepreneurs get timely and effective support.”