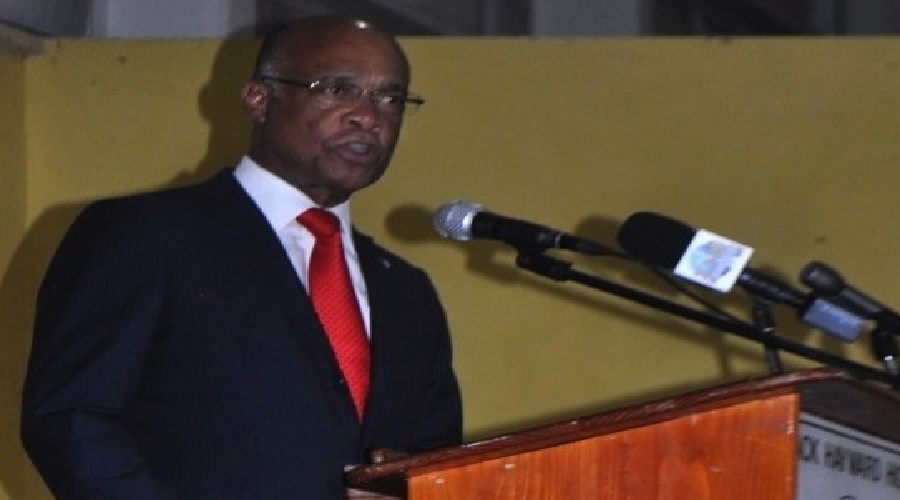 #Bahamas, September 1, 2017 – Grand Bahama – “What we have to do is go back to the foundation and start over.”   That was the suggestion of Minister of Education, the Hon. Jeffrey Lloyd to teachers in Grand Bahama, during a session of Teacher Enrichment Day at Jack Hayward High School Gymnasium, August 30, 2017.

The Education Minister told teachers that in order to revamp the Bahamian educational system, there is a need to “start over.”   Quoting the theme of education for the year, Minister Lloyd noted “understanding the whole picture and imagining the finished product” requires that one does not think his way into a new way of living, but instead live into a new way of thinking.

“Last year, the Inter-American Bank produced a book called The Early Years and, in it, they identified that in the Caribbean-Latin American Region, on average our zero to five-year-olds know fewer words and have less cognitive ability, compared to their peers in developed societies.

He noted that every nation of the world is taking a closer look at its educational system, in an effort to see if there is a way to tweak it, reform it, upgrade it and make it better.   Nations are doing that, he said, because they understand life is moving at a much faster speed and the information age continues to expand rapidly.

“That means no one can rest on their laurels, including us here in The Bahamas.   Let me tell you why: over the past 10 years our BGCSE results have shown not one centimeter of improvement.  Not one,” said Minister Lloyd.   “We started out at a D and we are still at a D. Something is wrong. There is no way to spin it or to try and camouflage it or to try and excuse it… we must admit that something is wrong and we must fix it.”

The Education Minister offered up a number of suggestions he felt could help improve the Bahamian education system.  In addition to the suggestion of returning to the foundation of education, he advocated the revamp of the school curriculum.

“In our primary schools now, we have students who are doing up to 13 subjects,” the Minister pointed out.  “When do they have time to really learn by playing?  Children do not learn by sitting for hours looking up at a black board and listening to teacher after teacher; they learn by playing.   “We should focus more on teaching our children about Math, English, interacting with people, engaging with one’s peers and talking and listening.   Our present curriculum does not allow for that.    We have taken art, music and drama out of our educational process and they are [said] to be essential to children’s development.”

Another suggestion is the proper use of technology in the local system. That includes using laptops, tablets and internet more efficiently.

He also suggested professional development for teachers in the system.   “You must be willing to constantly upgrade yourself,” said Minister Lloyd. “Life keeps going and so must you.   I want to assure my brothers and sisters in the unions that we are going to make monies available so that teachers can upgrade themselves.  We will provide scholarships and grants so that teachers can have the opportunity to pursue their Masters and PhD degrees.

The Education Minister admitted that teaching, next to parenting, is perhaps one of the hardest jobs there is on earth.   “If you are here for the money, your faith is great, because you will not make what you think you should make,” Minister Lloyd noted.

“But what gives you satisfaction is when you see students make something of themselves and affect change in their community. That’s the power of teachers.”