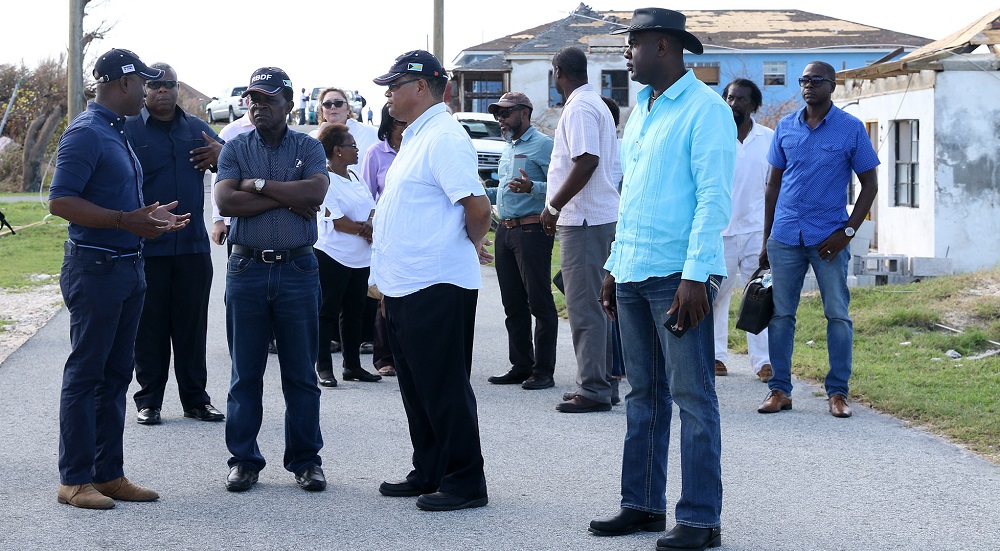 #Bahamas, September 20, 2017 – Ragged Island – Minister of Foreign Affairs the Hon. Darren Henfield led a delegation to Duncan Town, Ragged Island, on September 16, 2017, so that regional partners could see firsthand the damage raged on the island by Category-5 Hurricane Irma. 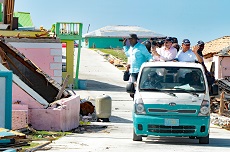 Among the damaged properties they inspected were the police station, the “fish house” where thousands of dollars of seafood was stored, government administrative facilities, and a number of private residents — some of which were flattened by the hurricane.

One resident in particular, 53-year-old Mr. Terence Wallace told the delegation about his riding out the storm.    He pointed out that the house that he lived in was leveled by Hurricane Irma’s winds, as the eye passed over the island.

“I came here by my cuz to be safe,” he said, as he gestured towards a concrete block home next to the destroyed “fish house.”

He also showed Ambassador LaRocque his family’s pigeon house and smiled at the Ambassador’s amazement at the fact the birds rode out the storm in their facility.

“The birds, they know what to do,” Mr. Wallace said quietly.

Insert 1: Remnants of a home and its contents after Hurricane Irma’s rampage through Duncan Town, Ragged Island.  (BIS Photo/Patrick Hanna)

Insert 2:  A number of delegation members traveling on a truck, on September 16, 2017, to see firsthand the damage caused by Hurricane Irma on Ragged Island.  (BIS Photo/Eric Rose)