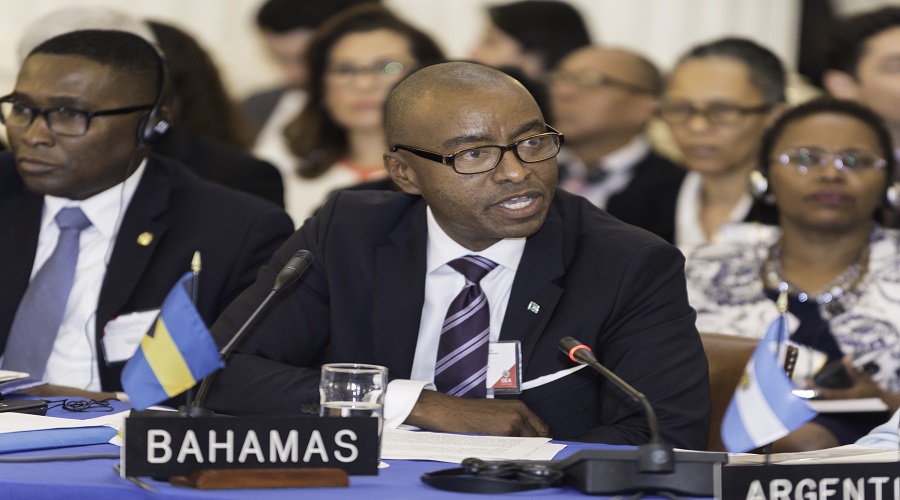 During the evening hours of 7 September 2017, a major hurricane hit The Bahamas.   Hurricane Irma, a category five storm, packing sustained winds of between 175 and 180 miles per hour, was the third catastrophic storm that hit The Bahamas in three consecutive years.   The Bahamas is still attempting actively to recover and rebuild following the passages of Hurricanes Joaquin in 2015 and Matthew in 2016.   The recovery costs for Joaquin is estimated at $200 million US dollars.   While Matthew is estimated at $400 million US dollars.

Meantime, The Bahamas, in the process of recovering from three devastating storms, is now preparing for another.  We are in the projected path of Hurricane Maria.

On 6 September 2017, prior to the arrival of the Hurricane Irma, based on its projections, The Bahamas Government swiftly moved to carry out an emergency evacuation exercise from six of our southern islands, namely Mayaguana, Inagua, Crooked Island, Acklins, Long Cay and Ragged Island or MICAL.   The eye of the storm passed near MICAL.   On Friday, 8 September 2017, the island of Ragged Island was totally decimated as a result.

Based on its projected path toward the western coast of Florida, The Government of The Bahamas also decided to evacuate residents from the islands of Bimini and within Grand Bahama, in the northern Bahamas.

As a result of tornadic activity, Hurricane Irma visited significant damage on the northern islands of Grand Bahamas and Bimini.  Because it is an archipelago, the entire Bahamas was affected by Hurricane Irma beginning on 7 September and ending on 11 September 2017.

For small island states like The Bahamas, which are largely tourism- dependent economies, such slow moving systems have serious financial implications.  Detailed assessments following Hurricane Irma are now in the final stages of completion.

The unprecedented evacuation, we believe, proved to be both life- saving and injury- preventing.   However, the estimated rebuilding costs will be exorbitant- in the tens of millions.  The road to recovery is hard, but we will work diligently to rebuild our impact communities and count on the help of our international partners and friends in this regard.

Climate change, however, casts a long shadow over our development efforts.  The implications of rising sea levels and atmospheric temperatures signal dire consequences for low-lying island states like The Bahamas.   We believe it demands a truly global response.

We would like to thank the United Nations for convening this important meeting.

Also, we wish to express appreciation to our international partners who have offered much needed assistance as we rebuild and strengthen our resolve to address natural disasters such as Hurricane Irma.

Remarks by: Minister of Foreign Affairs, the Hon. Darren Henfield