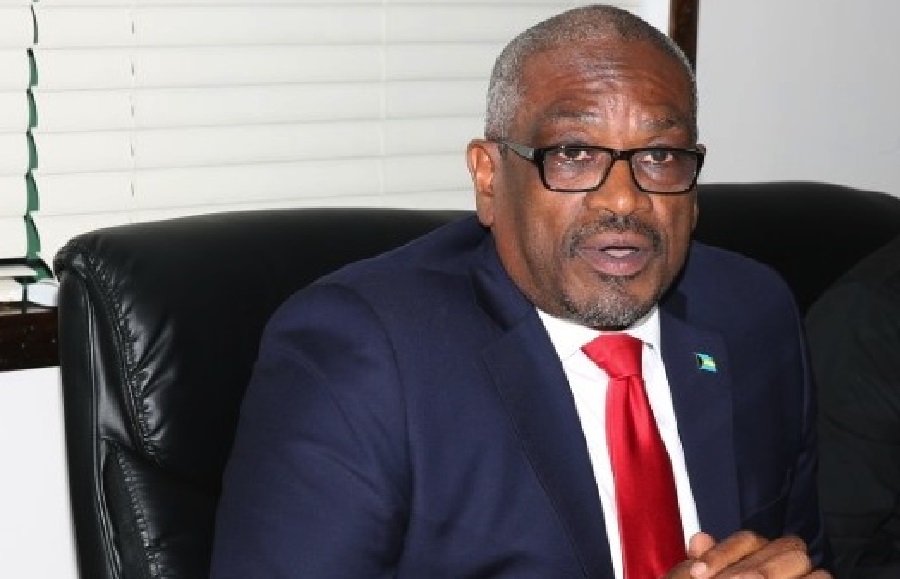 The announcement came following a meeting the Prime Minister held with Minister of State for Grand Bahama, Senator Kwasi Thompson, and Parliamentary representatives in Grand Bahama.

Prime Minister Minnis said his first order of business at the Office of the Prime Minister in Grand Bahama was a meeting with the team headed by Minister of State, Sen. the Hon. Kwasi Thompson.

“The first mandate given to this office is the economic revitalization of Grand Bahama,” said Prime Minister Minnis  — “the team and I reviewed ongoing projects as well as new initiatives.    I received an update on the Hurricane Relief Program in Grand Bahama.   I have instructed the Grand Bahama officials to review the program, with a view to bringing assistance to the people of Grand Bahama in a more expeditious manner.

Asked for a timeline on when promising news about the future of the hotel will come about, Prime Minister Minnis said that he did not want to bind himself to a time frame, noting that if he gave a timeline and the deal did not come through by that timeline, it would appear he was not telling the truth.    “And I would not like to be known as someone who tells untruths,” said the Prime Minister.

During his time in Grand Bahama, the Prime Minister and his team also met with the principals of Harcourt Development to whom they stated the government’s position on the revitalization of the property.   “I expressed in clear terms that the status quo is unacceptable,” said Prime Minister Minnis.   “This office will take an active role in ensuring this property is revitalized.”

He continued, “I am happy to report that these meetings were very productive with the government’s focus on its commitment to Grand Bahama. The economic revitalization of Grand Bahama is critical to my government and all our team here – all efforts are being made to ensure Grand Bahama can touch and feel the impact of economic opportunities.

“I am committed to Grand Bahama and my commitment is evident through this office. I will continue to be in office one day a month to serve this community.”

The Prime Minister added, “I promise that I will be back to experience ‘A Taste of Port Lucaya,’ which I encourage all Grand Bahamians to support.”