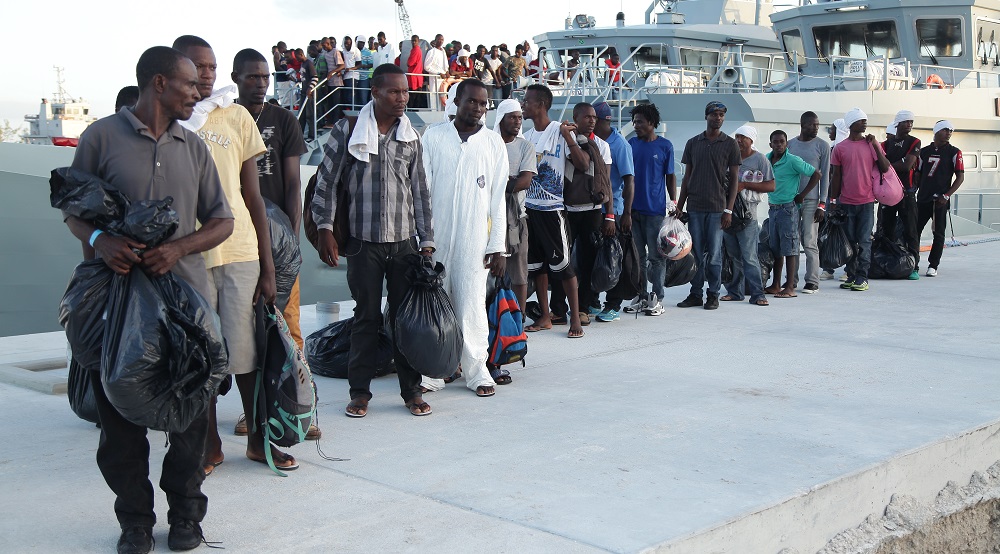 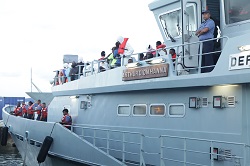 Bahamas, August 14, 2017 – Ragged Island – 151 Haitian migrants were apprehended in Bahamian waters in two separate incidents between August 9th and 11th in waters of the Southern Bahamas.

On August 9th, the US Coast Guard vessel with a Defence Force shiprider on board apprehended 73 Haitian migrants aboard a freighter.

Under the Comprehensive Maritime Agreement between the US and The Bahamas, Defence Force personnel are permitted to conduct tours of duty aboard US Coast Guard vessels and to arrest persons engaged in illicit activities in Bahamian waters.

A Coast Guard vessel also apprehended a second group of 78 persons on August 11th   in waters North of Ragged  Island. All migrants apprehended in both incidents were subsequently transferred to the Defence Force patrol vessel, HMBS Arthur D. Hanna, under the command of Lieutenant Commander Berne Wright for transport to New Providence. 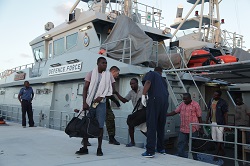 This latest group brings the total Haitian migrant count apprehended in Bahamian waters for the year to over 640 as a result of Defence Force conducting its own patrol operations, as well as RBDF joint operations with The Bahamas Immigration and US Coast Guard authorities.

The 151 undocumented migrants arrived earlier this morning at Coral Harbour and are currently under the supervision of Immigration officials for further processing.

The Royal Bahamas Defence Force remains committed to defending the territorial integrity of The Bahamas and keeping our borders secure.

Header photo shows: Undocumented migrants at Coral Harbour Base waiting to be escorted to holding area for processing by Immigration officials.

Migrant Photo 1 shows: HMBS Arthur Hanna’s company berthing at the Defence Force Coral Harbour base with over 150 undocumented migrants onboard