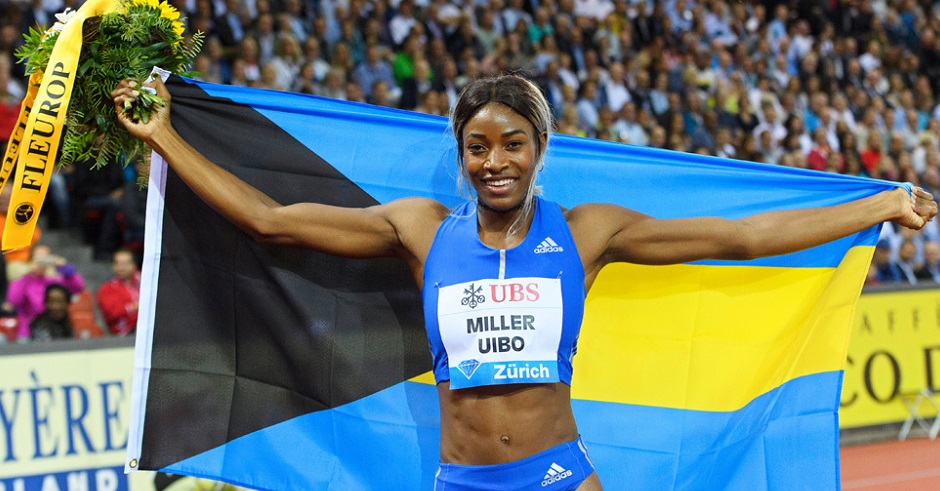 #Switzerland, August 25, 2017 – Zurich – Today, today, today in Zurich, Switzerland at the IAAF Diamond League, Bahamas Olympic gold medalist, Shaunae Miller-Uibo gave a diamond of a performance when she shattered her own national record to gain gold.    Miller-Uibo ran 21.88 in that 200m to become only the second Bahamian woman to do it; the other is Tonique Williams Darling.

The former national record of 21.96 was retired in a blazing show where she topped Jamaica’s Elaine Thompson, who was second  and the Ivory Coast’s Marie Josse Ta Lou who just won silver in the event in London and got the bronze today in Switzerland.    Miller-Uibo also walked away with a a$50,000 cash prize and a diamond trophy.

Our Shaunae, will complete her season it is reported on September 1 at the IAAF Diamond League 400m race set for Brussels in Belgium.