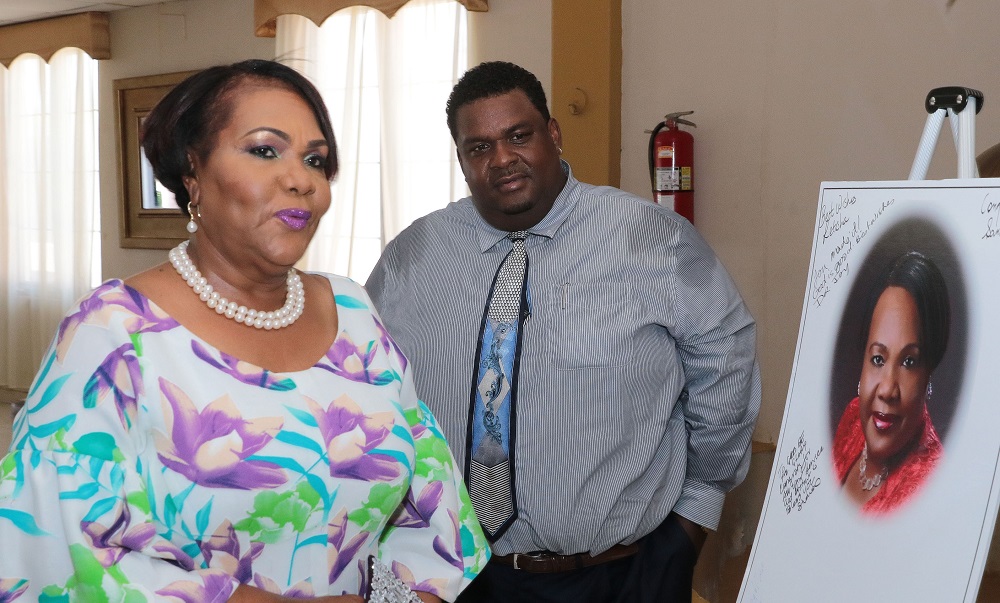 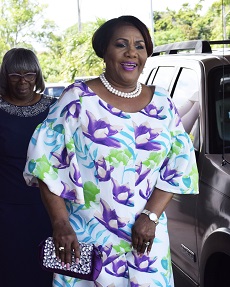 Bahamas, August 3, 2017 – Nassau – She began her career path as a Clerk in the Ministry of Works, climbed through the ranks and is now retiring as Financial Controller at Bahamas Information Services (BIS) after 45 years in the Bahamas Public Service.

“You have worked hard and now you will get your well-deserved reward,” said Eugenia Cartwright, Government Treasurer.

Mrs. Cartwright congratulated Mrs. Wilson and thanked her for many years of service to the Treasury and the Government and people of The Bahamas.

On behalf of the management and staff of BIS, Matt Maura, Senior Information Officer, described Mrs. Wilson as an absolute “giver”.  He said she would give her heart, her soul, her effort, her wisdom, her knowledge and her understanding. Furthermore, he said she is grace and beauty.  She personifies class.  She is faithful, beautiful, kind spirited and passionate. 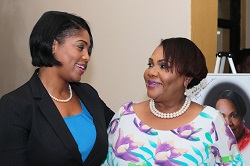 Mrs. Wilson, a descendant of Williams Town, Exuma, joined the Public Service in 1972 and has served at various Ministries and Departments including the Ministry of Housing and National Insurance, the Office of the Attorney General, the Department of Immigration, the Parliamentary Registration Department, and the Office of the Prime Minister.

In her remarks, Pakesia Parker-Edgecombe, Parliamentary Secretary for Information and Communications in the Office of the Prime Minister, said the Public Service of the Commonwealth of The Bahamas would not be able to carry out service delivery in so many forms, in so many diverse ways if it were not for persons such as Mrs. Cynthia Wilson.

“They are unsung heroes who make those at the top look good and in fact make governments look good. Such persons do not seek out the limelight but day after day, month after month, year in and year out they attend to their duties as diligently as possible.”

On behalf of the Prime Minister, Dr. the Hon. Hubert Minnis, the Minister of Finance, the Hon. K. Peter Turnquest and the Minister of the Public Service, the Hon. Brensil Rolle, she thanked Mrs. Wilson for 45 years of “unstinting” service to the nation.  She wished her the best for a healthy and contented retirement.

Congratulatory remarks were also given by Bishop Ross Davis, Pastor Trent Davis and Terrance Bastian, Auditor General of the Commonwealth of The Bahamas.  Terez Nixon gave a tribute in song.

Mrs. Wilson was presented with a plaque from BIS and other gifts of appreciation.

Header: Cynthia Wilson and her son N’Kem Wilson at the entrance of her retirement luncheon, pausing before entering the luncheon gathering.

2nd insert: Pakesia Parker-Edgecombe, Parliamentary Secretary in the Office of the Prime Minister, chats with Cynthia Wilson, who retires from the Public Service after 45 years.