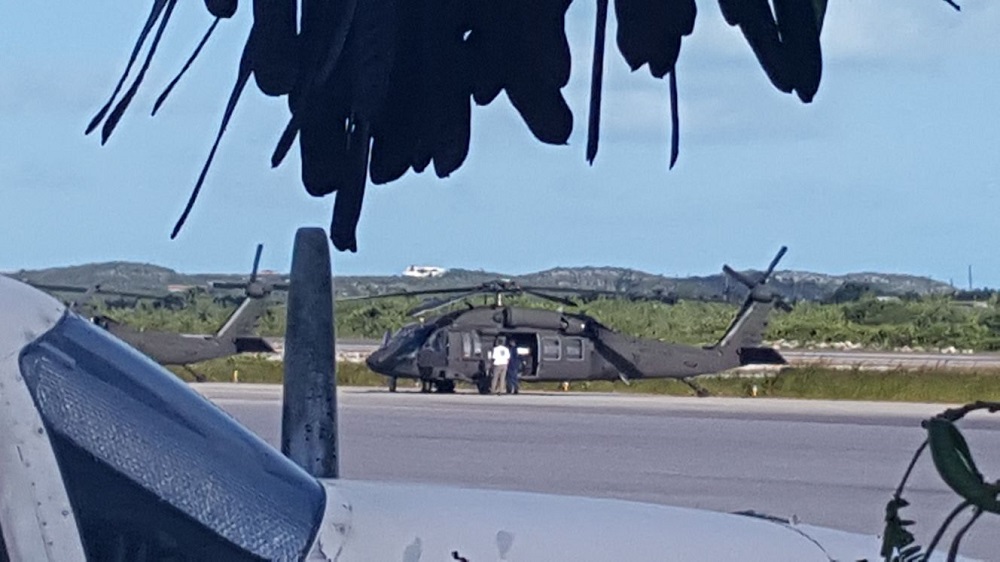 Turks and Caicos, August 1, 2017 – Providenciales – It was described to Magnetic Media as a false alarm, the appearance of two black-ops helicopters at the private landing strip in Provo on Monday.    The two menacing and militant looking choppers were said to be fuelling up, but many residents got wind of the aircraft and believed them to be sent in by the British to help with capturing those behind potentially crippling crime.

Magnetic Media is told the helicopters belong to the USA, not the United Kingdom.    Earlier in the day, His Excellency’s office responded to our query about a message circulating and suggesting that a British military invasion was imminent, there was this… “In response to the question of British troops being dispatched to the TCI, it would not be in the best national security interest of the TCI to disclose what tactical operations may or may not be taking place as part of the overall security strategy to keep the TCI safe.   Such confirmations or denials would put operations at risk.”