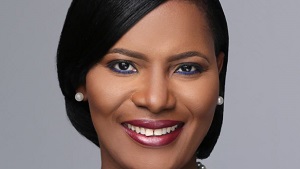 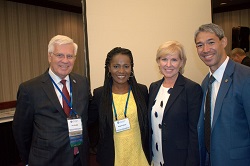 Bahamas, August 4, 2017 – Nassau – A Bahamian will head up a major international organization in these parts and will not only represent The Bahamas, but the entire Caribbean region for the group known for its development in the arts, culture, business, trade, education, youth and communities.    Former Grand Bahama Port Authority Vice President, current Immerse Bahamas President and CEO Ginger Moxey is announced as the country representative for Sister Cities International’s Board of Directors and won the role at a July meeting in Virginia Beach.

The new role, a media release explained, allows Sister Cities International to promote peace through mutual respect, cooperation, and understanding—one individual, one community at a time,” said Chairman Tim Quigley.   Though it is early yet, Ms. Moxey hopes to establish an annual regional conference in 2018 to specifically cater to reinvigorating existing sister city relationships between Caribbean and U.S. cities.