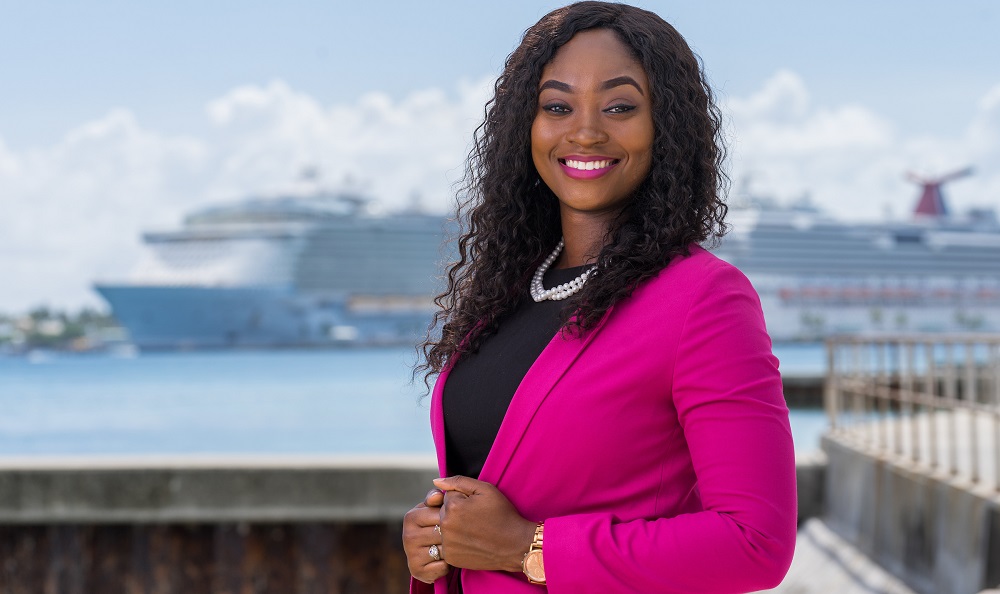 Bahamas, August 8, 2017 – Nassau – A maritime attorney with a leading law firm says The Bahamas is only steps away from regaining its position as one of the world’s most respected and sought after shipping registries.

Syneisha Bootle, AA., LLB (Hons.), LLM (Dist.) maritime specialist with Callenders & Co., the country’s oldest law firm with a century-old history with shipping, said the country is poised to regain its position among the world’s fastest growing ship registries, but it must take two steps – update maritime legislation including a half century old insurance act and enact new legislation with strict enforcement provisions.

“We have the talent, we have the resources to put The Bahamas back on the map in maritime law,” said Bootle, who holds an advanced degree in maritime law. “However, we must enact legislation enabling us to act on the many conventions and treaties we have signed. Without enforcement legislation, the signatures on the treaties are merely well-intentioned promises.”

In the 1990s, The Bahamas enjoyed the position of being the fastest growing ship registry in the world and at one time was the third largest, boasting of high standards that would distinguish it from being a flag of convenience.

Bootle is worried that the country has fallen to seventh place in an era when opportunities are greater than they have ever been.

“It is gratifying to know that companies like Chevron, Exxon International, Maersk Line, Cunard Lines, Texaco, Holland-America Cruises, Finnlines, Teekay Shipping, Lauritzen Reefers, Smit International, the East Asiatic Company and MSC are listed on the official Bahamas Maritime Authority register and have chosen to fly the Bahamian flag. However, with the record number of new cruise ships under commission and the growth being experienced by the shipping industry as a whole, we must ask ourselves why we are sliding instead of climbing relative to other registries,” said Bootle.

“We have the capacity. We have the infrastructure with a well-equipped and provisioned maritime authority with offices in London, Hong Kong, Greece and New York with an agency office in Tokyo.  We have the political stability, the strong and stable banking and financial sector requirements. We simply need to update and modernize our maritime legislation and to take a stricter stand on enforcement which requires legislation so that the treaties we have signed become law.”

She commends the government for recognizing the value of yacht registration and enacting legislation to introduce the separate registry in 2011.

Now, she says, it is time to re-focus on the registry for commercial vessels, re-affirming the high standards it represented when the Bahamas Maritime Authority was launched in 1995.

According to the government’s reports, The Bahamas has more than some 1500 ships on its registry. Panama, the world’s largest registry, reports 8,200 ships accounting for 23% of all vessels, though its requirements to register including the age of the ship are less stringent than those of The Bahamas.

“We never wanted to be a flag of convenience and I am pleased that, in principle, we are maintaining that standard. But without signing onto treaties like the London Convention that sets strict penalties for dumping at sea and without updating our maritime legislation to support the treaties we have signed on to, I fear our reputation will be at stake. We want this country to grow and play a prominent role in an arena that is profitable, productive and invites many opportunities for people and companies that service the ships we register. These are relatively easy fixes and we should act on them without delay.”

Photo caption:  Syneisha Bootle, AA., LLB (Hons.), LLM (Dist.) maritime specialist with Callenders & Co., the country’s oldest law firm with a century-old history with shipping, said the country is poised to regain its position as among the world’s fastest growing ship registries, but it must take two steps.